Walt Disney Pictures challenged us to find a way to promote their new film, Alice Through The Looking Glass, the sequel to the worldwide hit film Alice in Wonderland, at the 2015 D23 Convention in Anaheim, CA. This would be the first time the public would be exposed to the film and they wanted a technology-driven experience that was truly magical. We had a 40' x 40' space - a blank canvas to build our own little corner of Wonderland. We conceived a magical mirror, using cutting edge face tracking technology to instantly transform anyone into a beloved Alice character - The Mad hatter, The Red Queen, The White Queen, The What Rabbit, and the Cheshire Cat. Our goal was to not just use a simple 2D overlay, but to fully transform the user with both makeup and 3D elements, tracked perfectly in real-time - something we had never seen before at the time. And create a cool shareable takeaway from the experience. Each kiosk had a larger mirror with a duplicate feed placed on the outside so friends, family, and passing fans could stand and watch the same magical results from users' screens inside the kiosks. As a takeaway, we created customized Instagram-sized videos and a still image of the results, which were emailed to users as soon as they completed the experience. These shareables were also further personalized by adding the user's name to the film branding. At the D23 convention, our Alice exhibit was an overwhelming hit. It was the most popular digital experience with a wait line over 45 minutes long each day, from open to close. The convention staff had to quadruple the size our the initial line space to accommodate the demand. 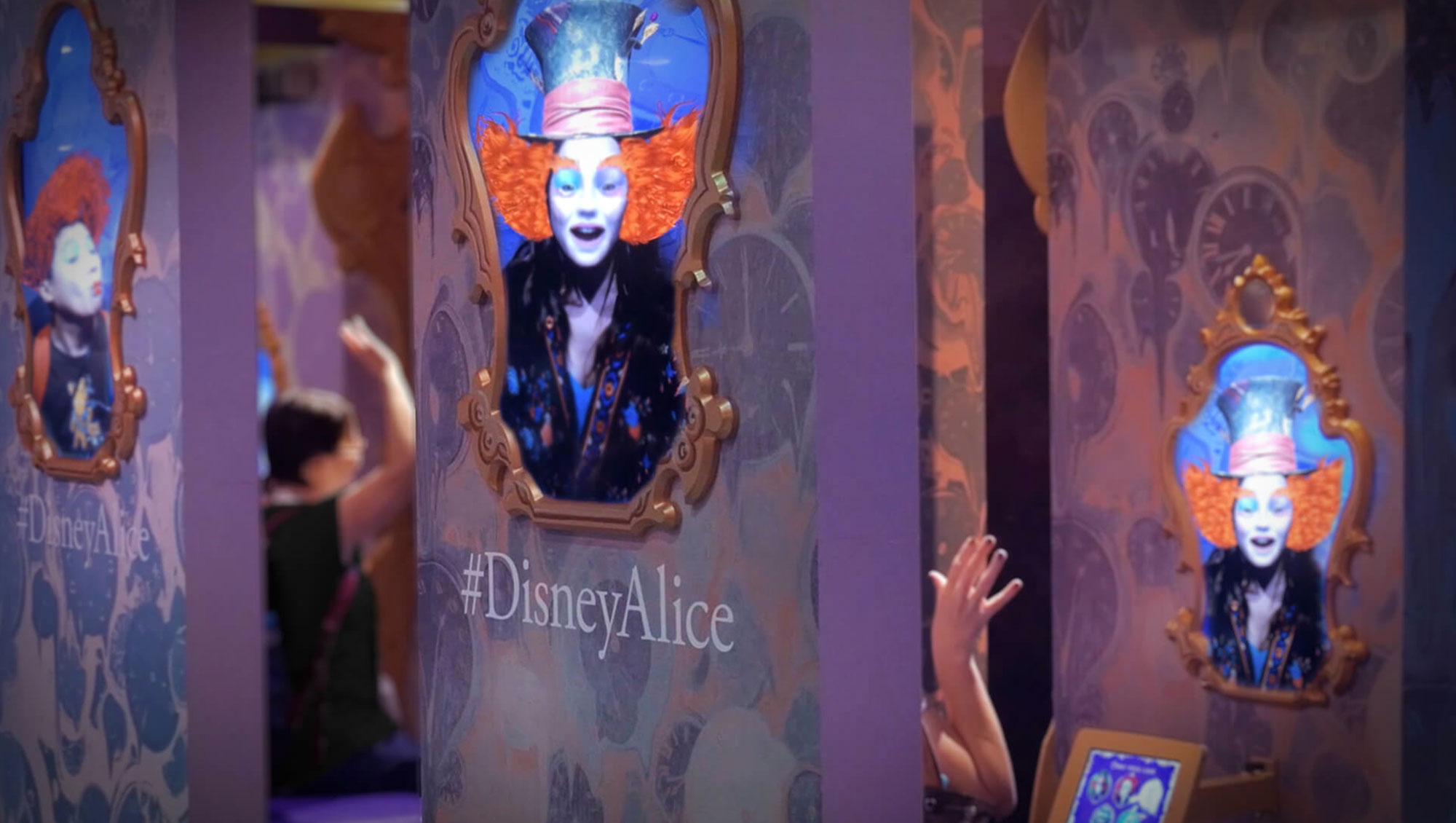 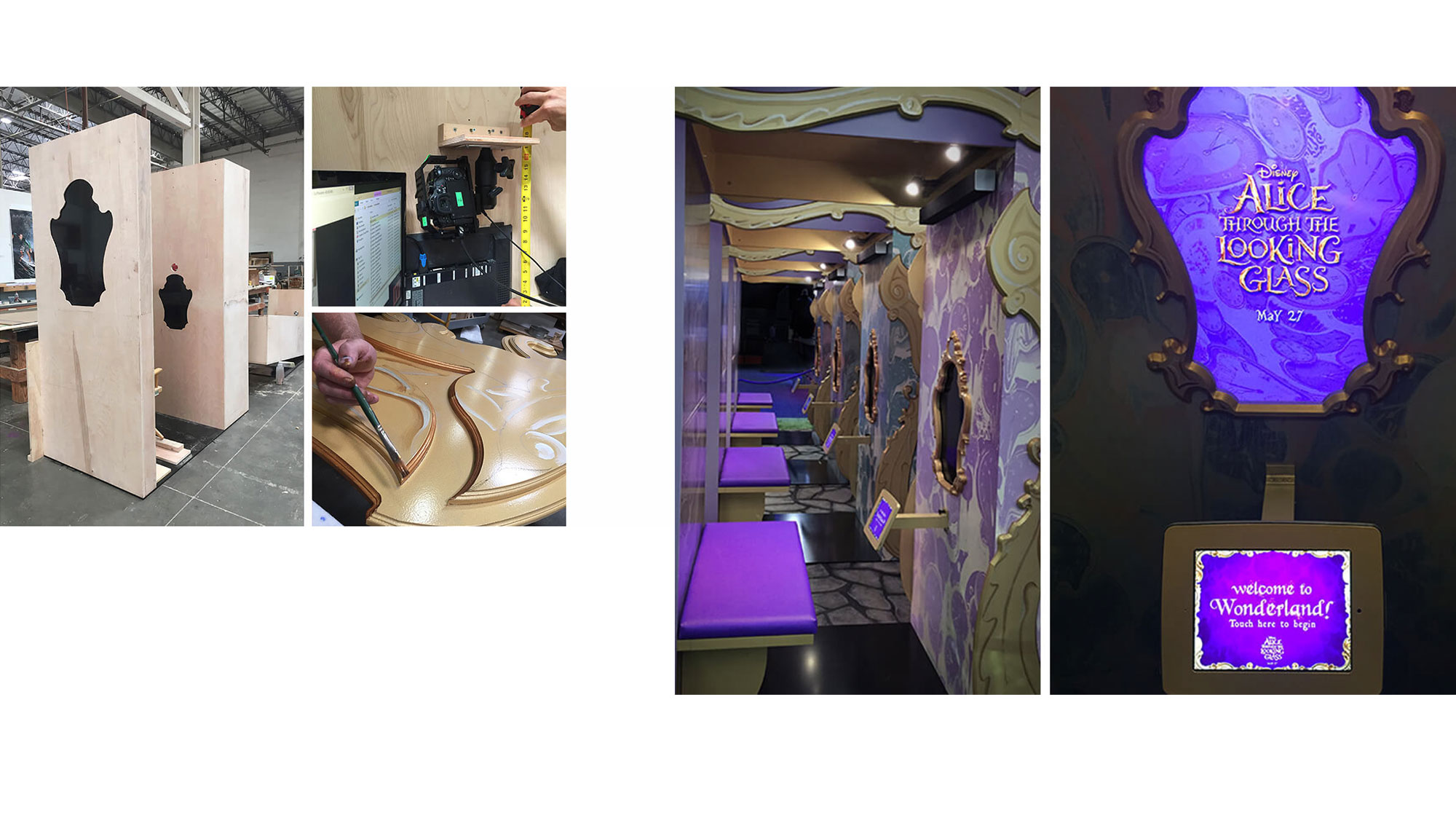 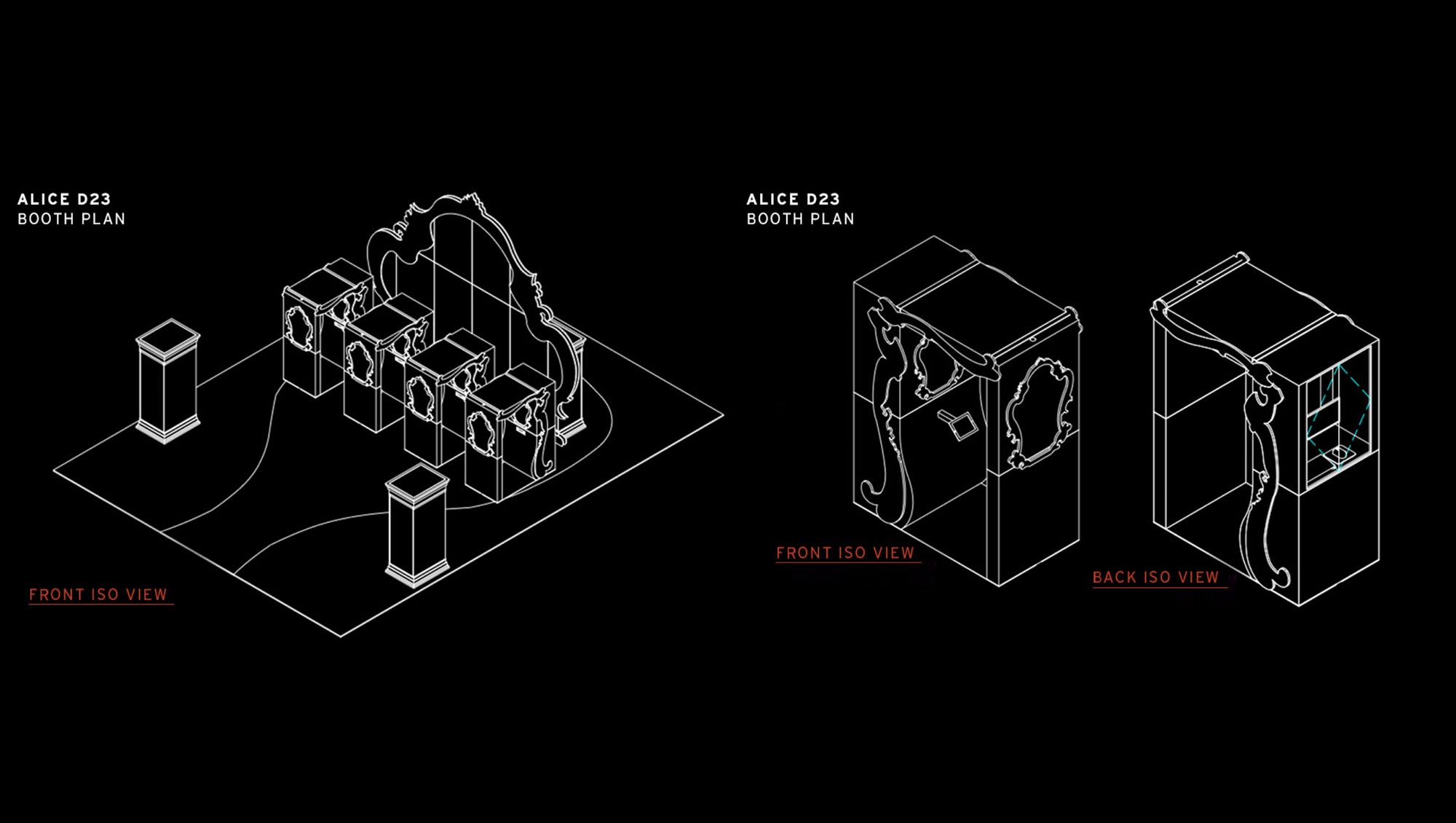 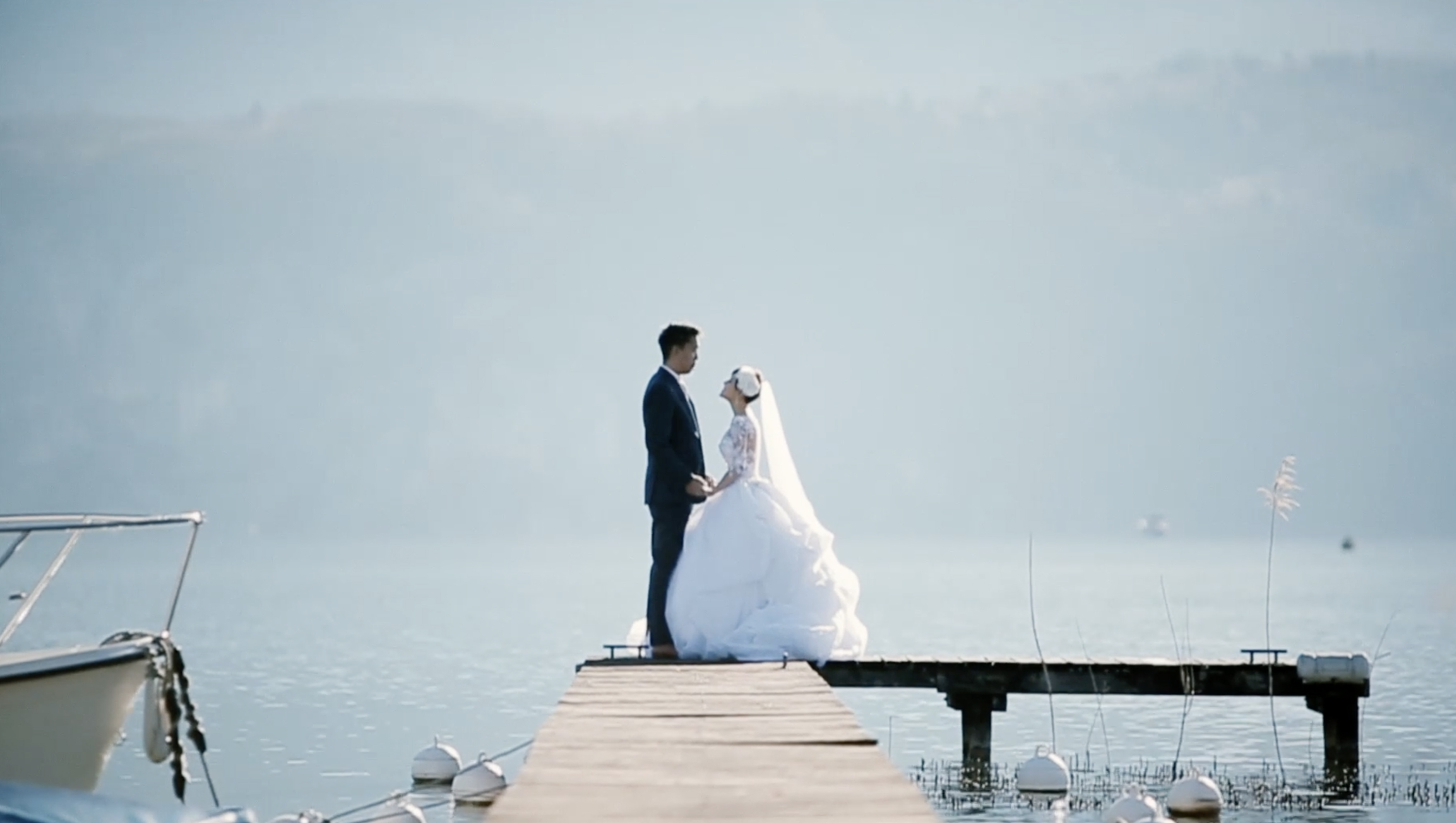