Advertising in the mattress industry seems to fall under two categories; low-fi local spots with cringe-worthy commercials or online bed-in-a-box disruptors with slick spokespeople. So when Verlo Mattress Factory, a mattress manufacturer and retail chain with locations across the country, wanted to stand apart and be noticed, they came to SRH. With their previous ad stunts including a “Cheese Bed” and a mascot named Mattie the Mattress, we had our work cut out for us. That’s when the folks at Verlo gave us a gem of a hook. “Honestly, we kinda stink at marketing. But we make awesome mattresses.” Sometimes the best solution is to just tell the truth. So our strategy became poking a little fun at – even leaning into – their history of not-so-great-marketing. Because, with mattresses this great, it's okay to be a little bad at marketing – and a campaign name was born, "Bad at Marketing, Great at Mattresses" or BAMGAM for short. In it, Mattie the Mattress tries his hand at a variety of things like water skiing, setting off fireworks and not scaring children, failing miserably at all of them. The happy folks at Verlo say that this campaign drives more conversation and foot traffic than anything in recent memory, and that’s the performance metric we’re most proud of. But we’re also a little obsessed with metrics, so during our campaigns we run the “test-measure-adjust” cycle as much as possible. In doing so, by comparing view rates of different cuts of the spots, we learned that viewers really respond to the Mattie the Mattress mascot — specifically when he experiences pain. (How’s that for some human insight?) To our delight, BAMGAM has won several awards, including a Gold [local] and Silver [regional] from the American Advertising Awards for an integrated campaign as well as an award for motion from GDUSA. 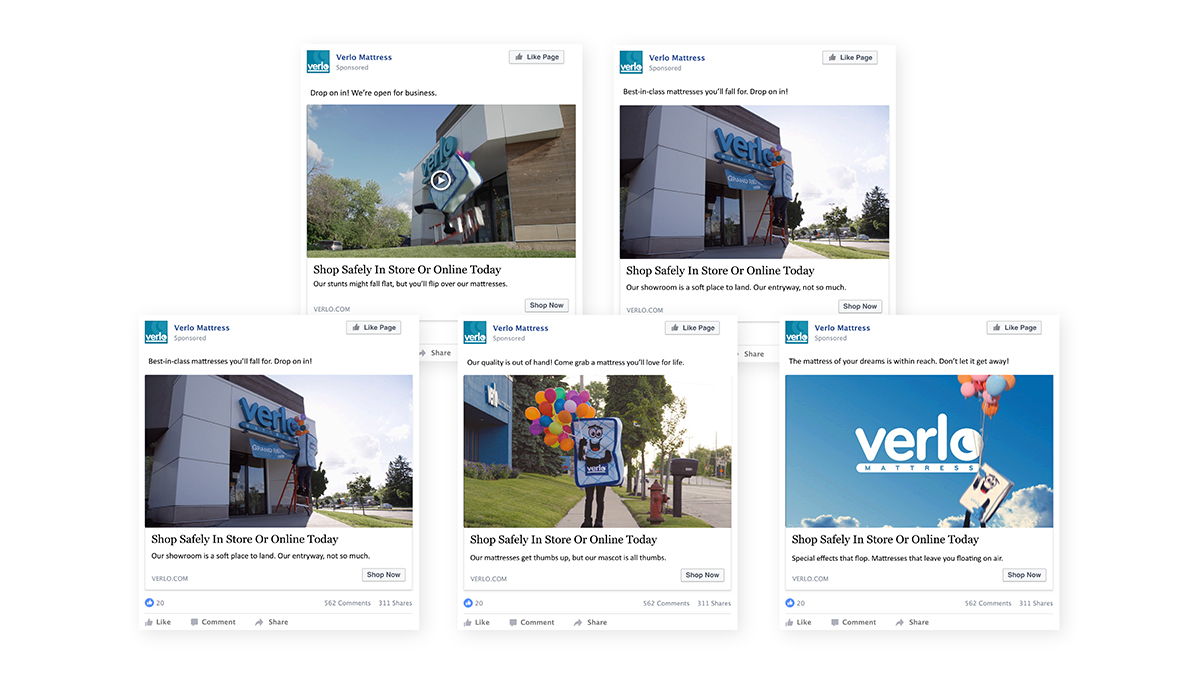 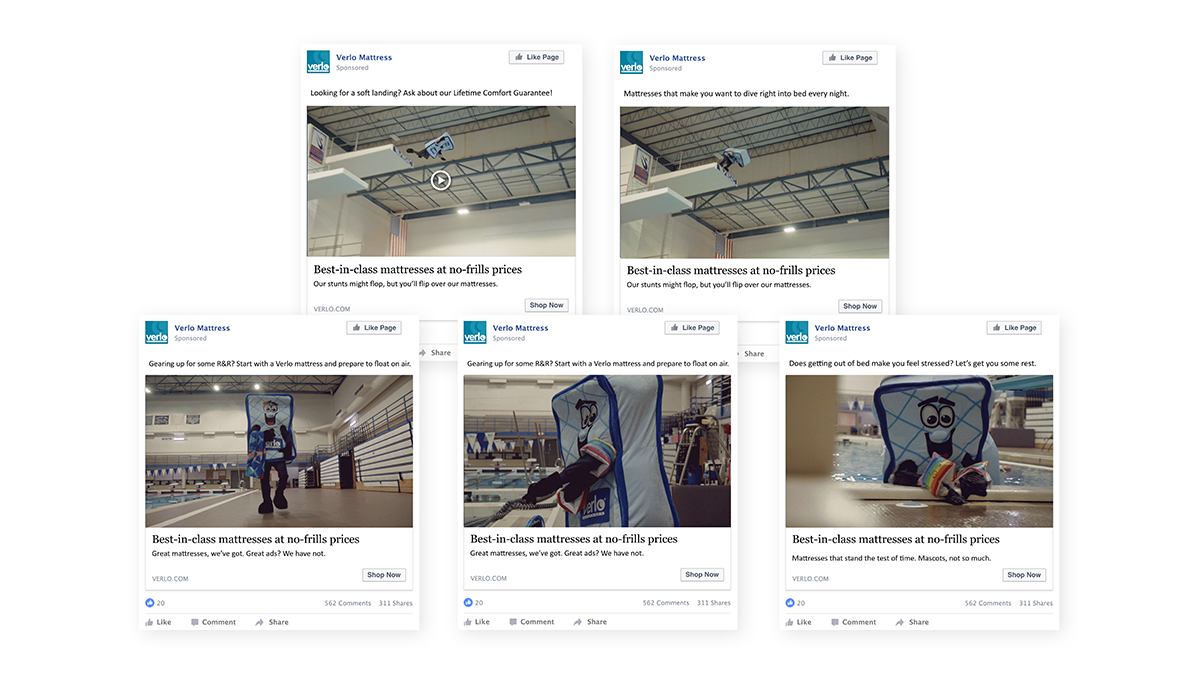 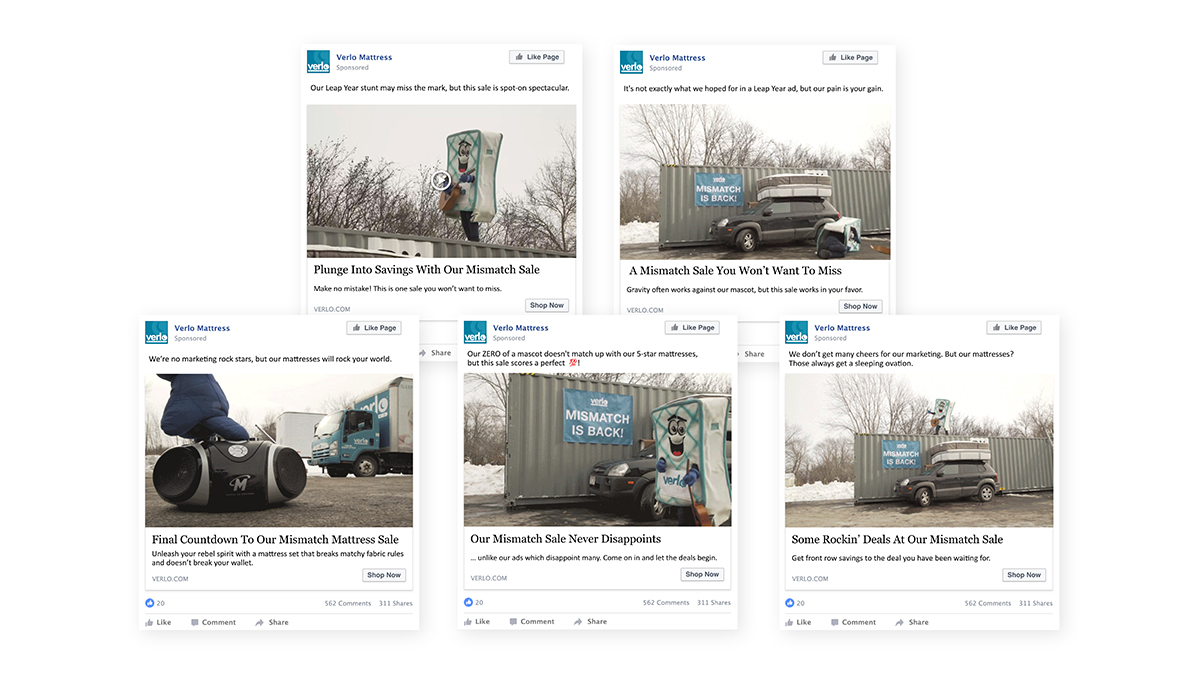 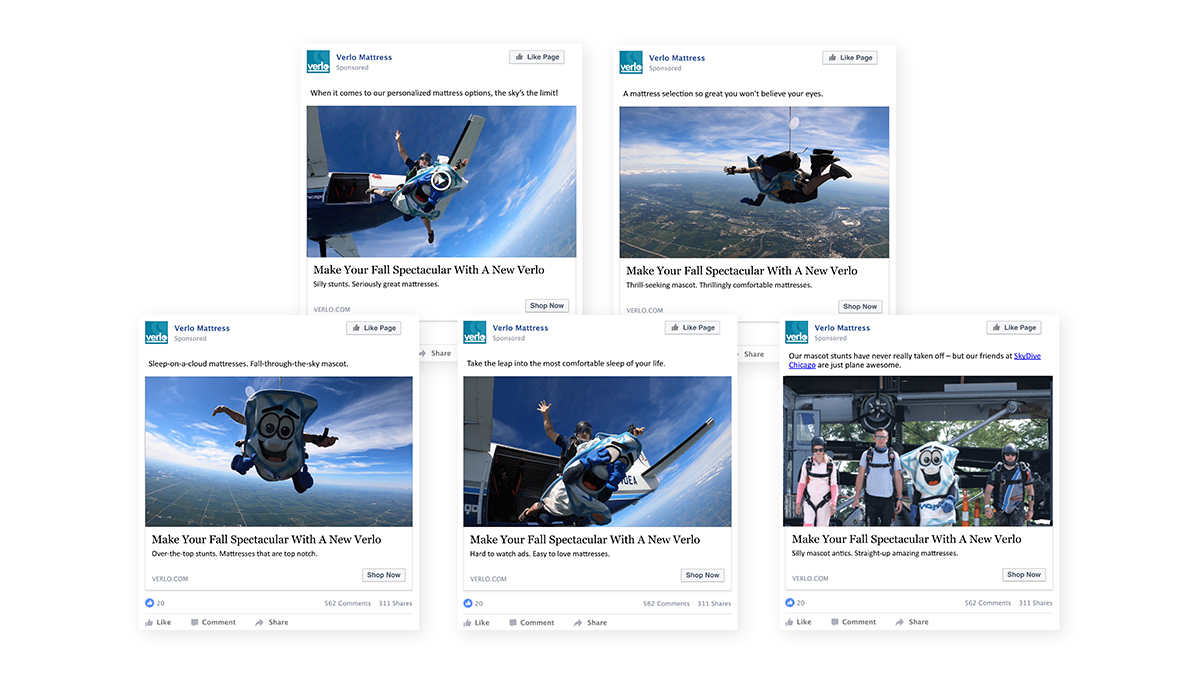 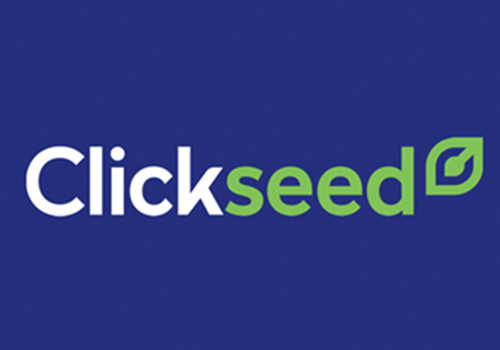 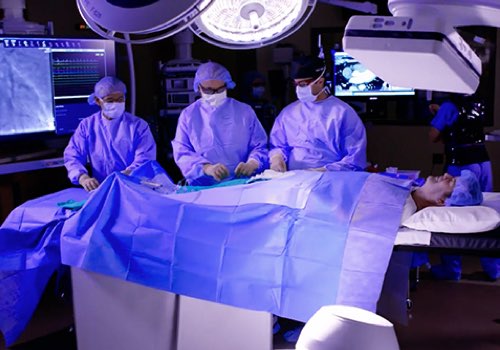 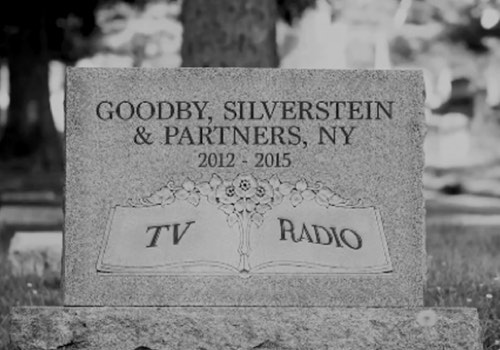 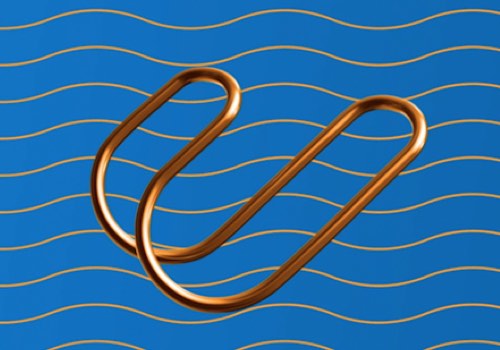