Under extreme heat and more than 40ºC, Areia Houses were designed as an oasis in the desert. The five houses are located in the new city of Sabah Al Ahmad Sea City, which is 100 kilometers south of Kuwait City. This new coastal city was built with canals and a few years ago it was a pure desert. The five houses overlook the canal and each one has its own swimming pool and its own character. The photography project explores the architecture and geometry of each house, highlighting its relationships with the sea and the desert. 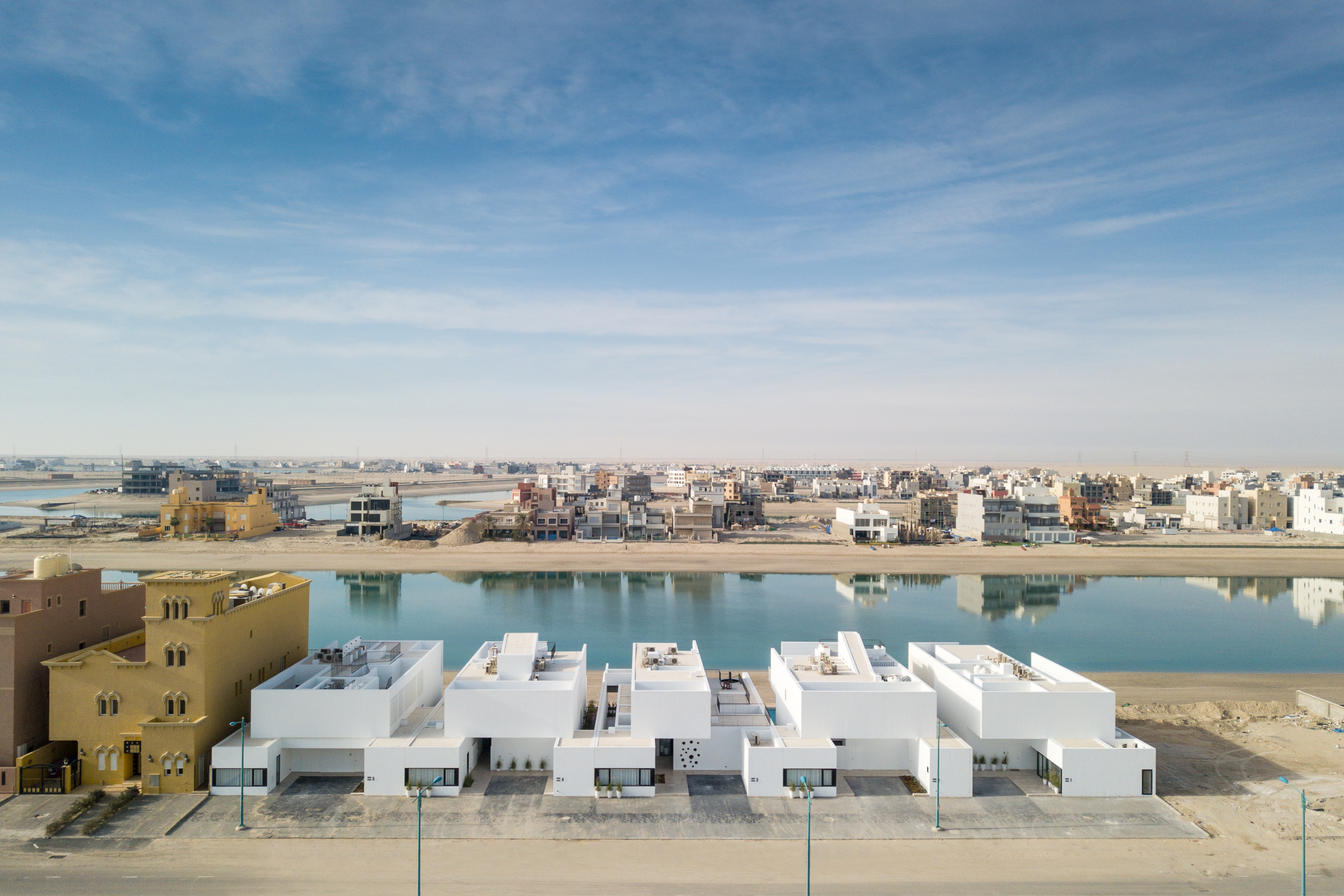 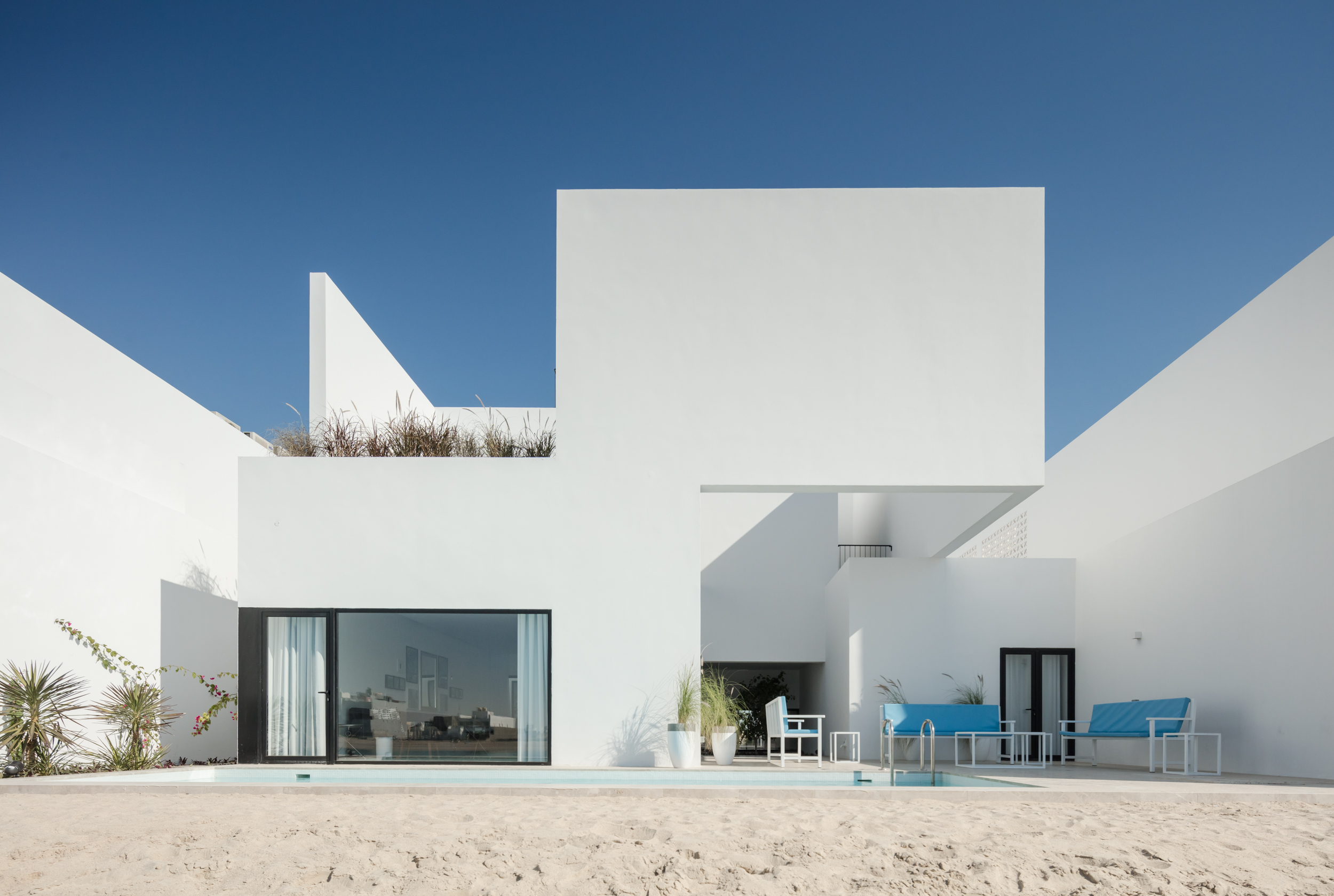 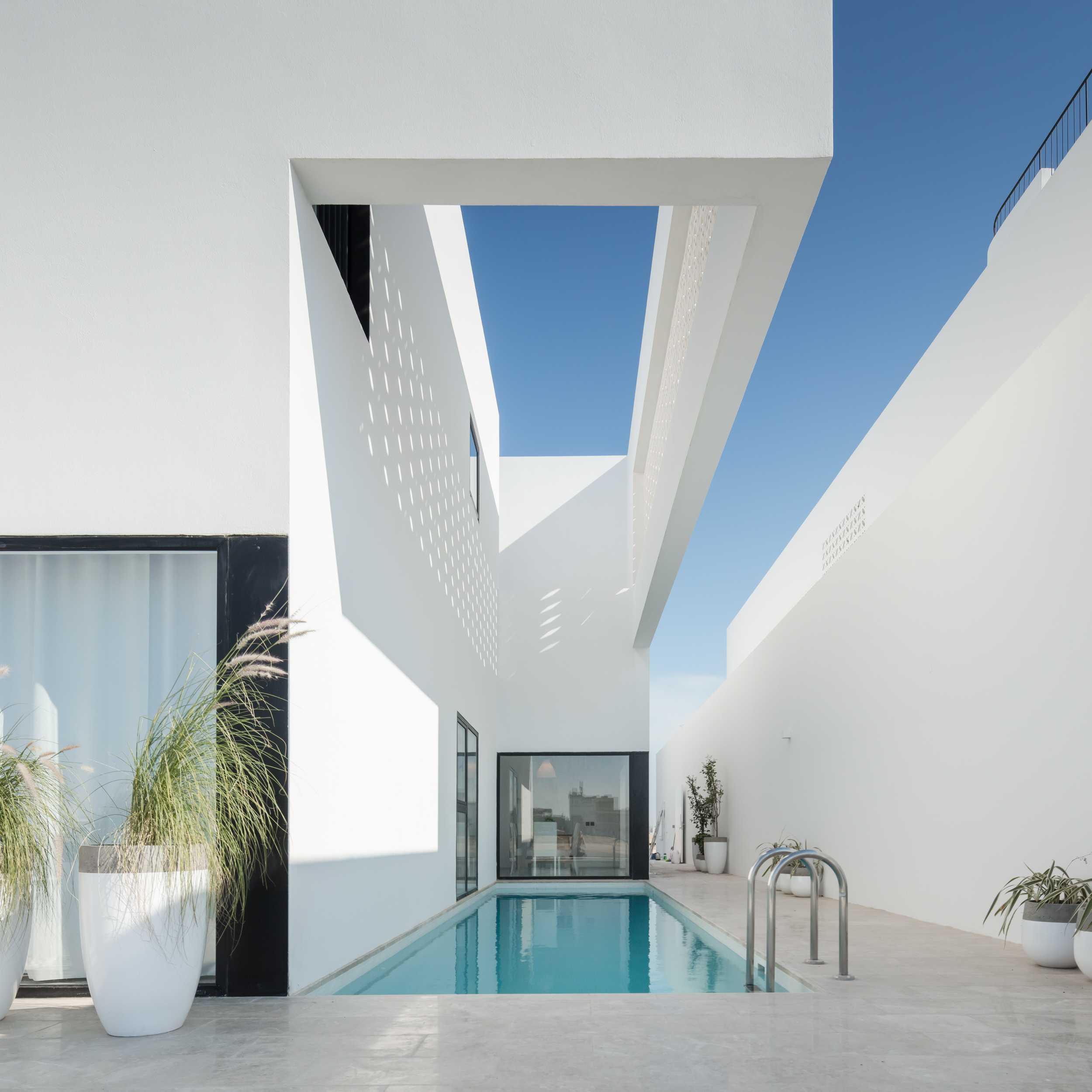 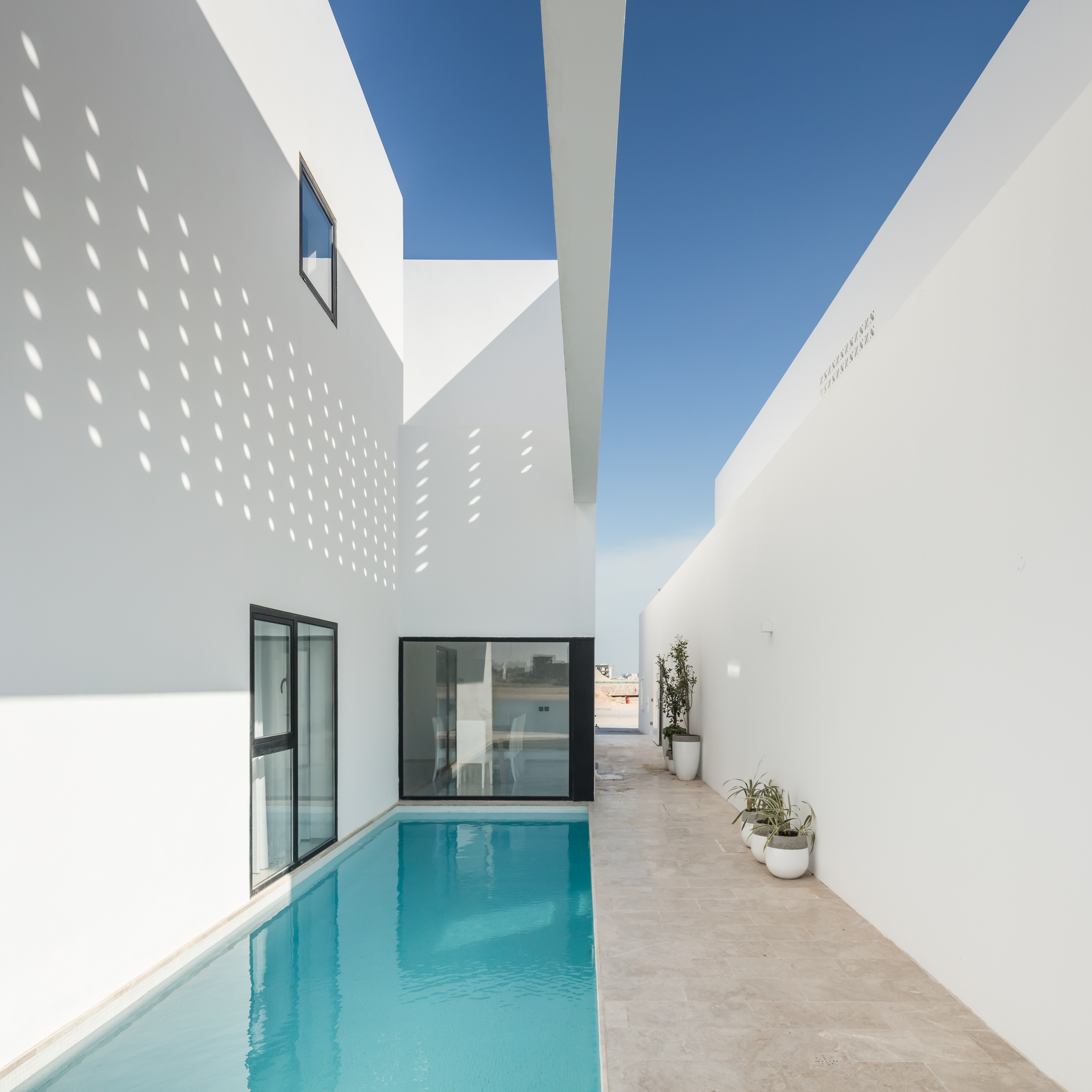 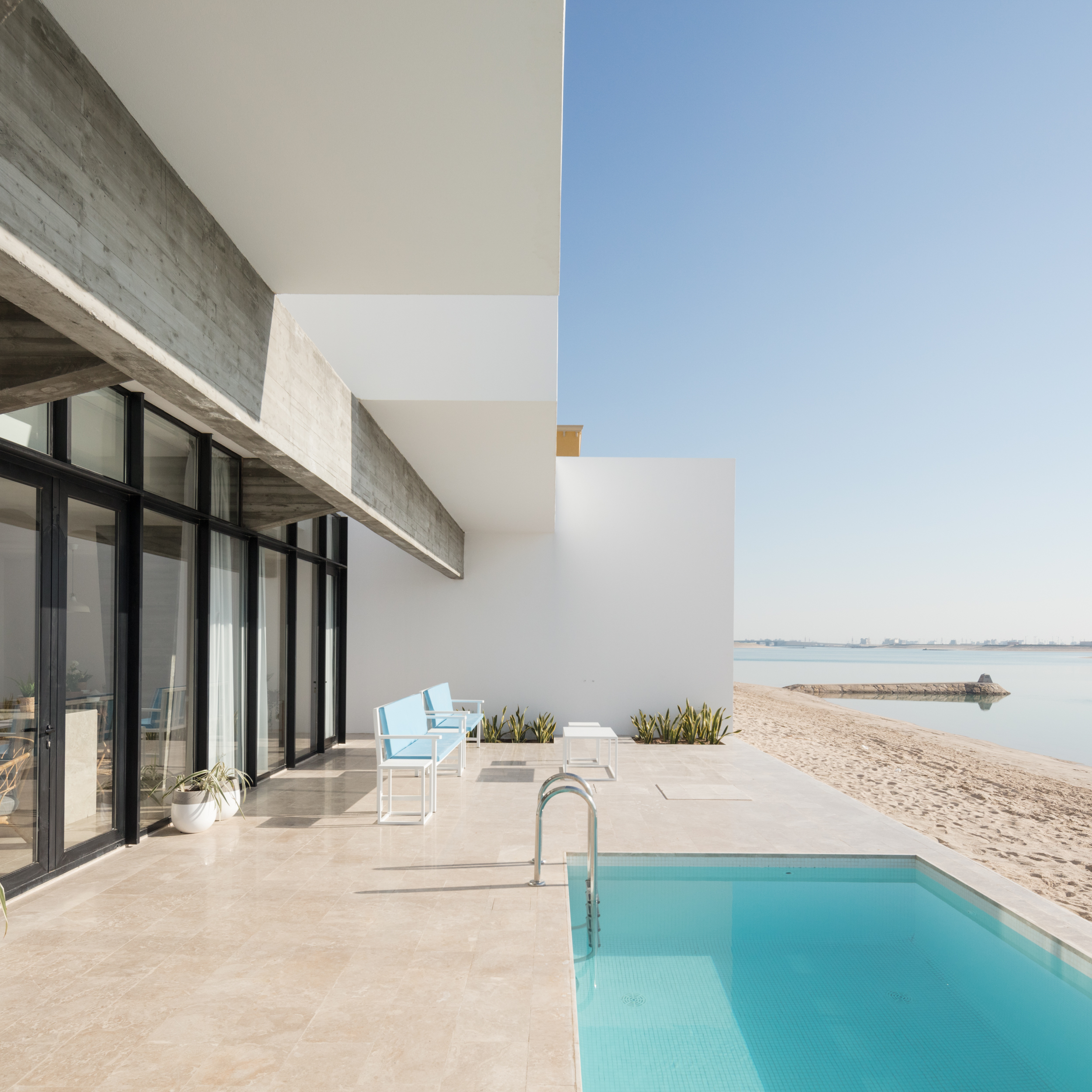 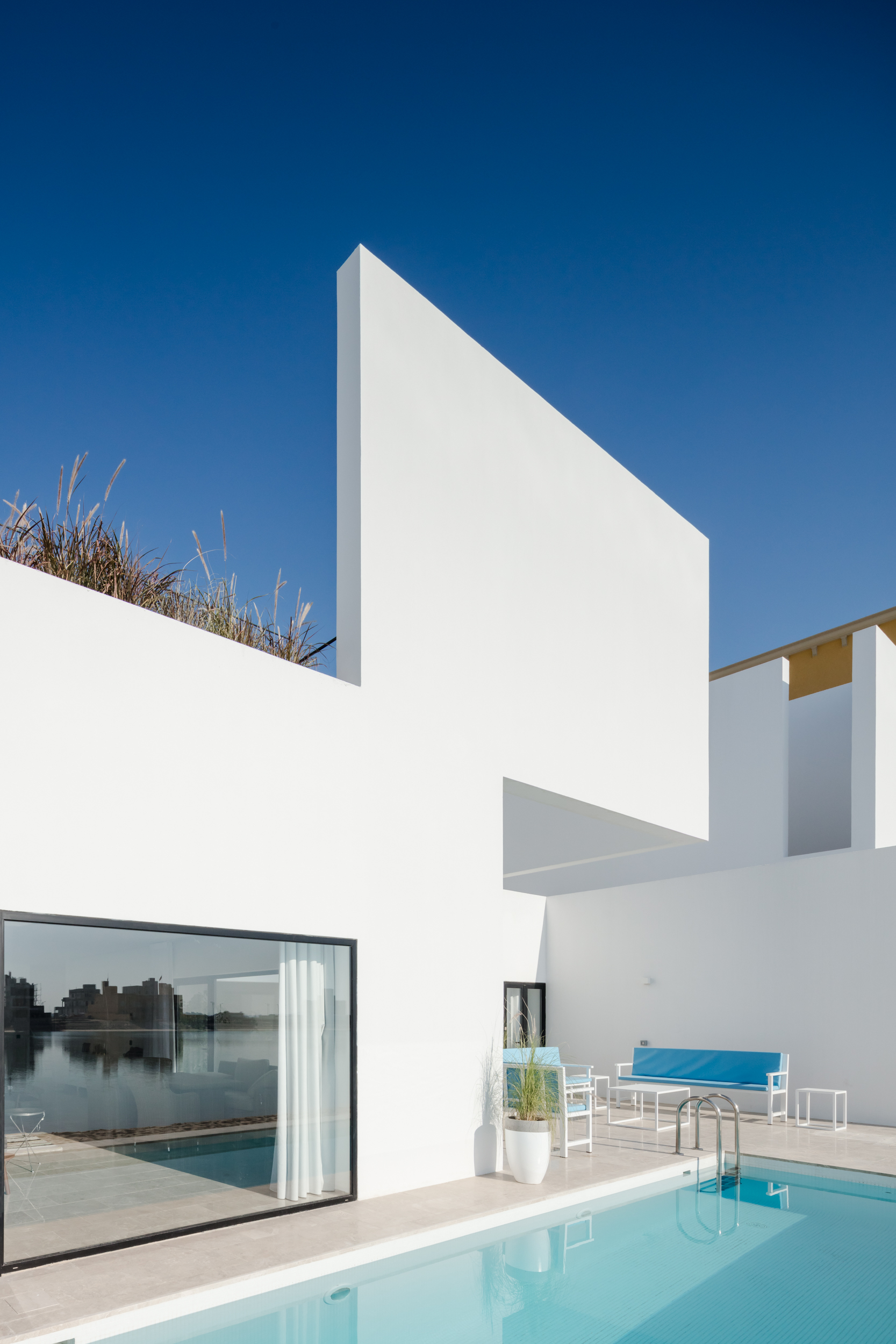 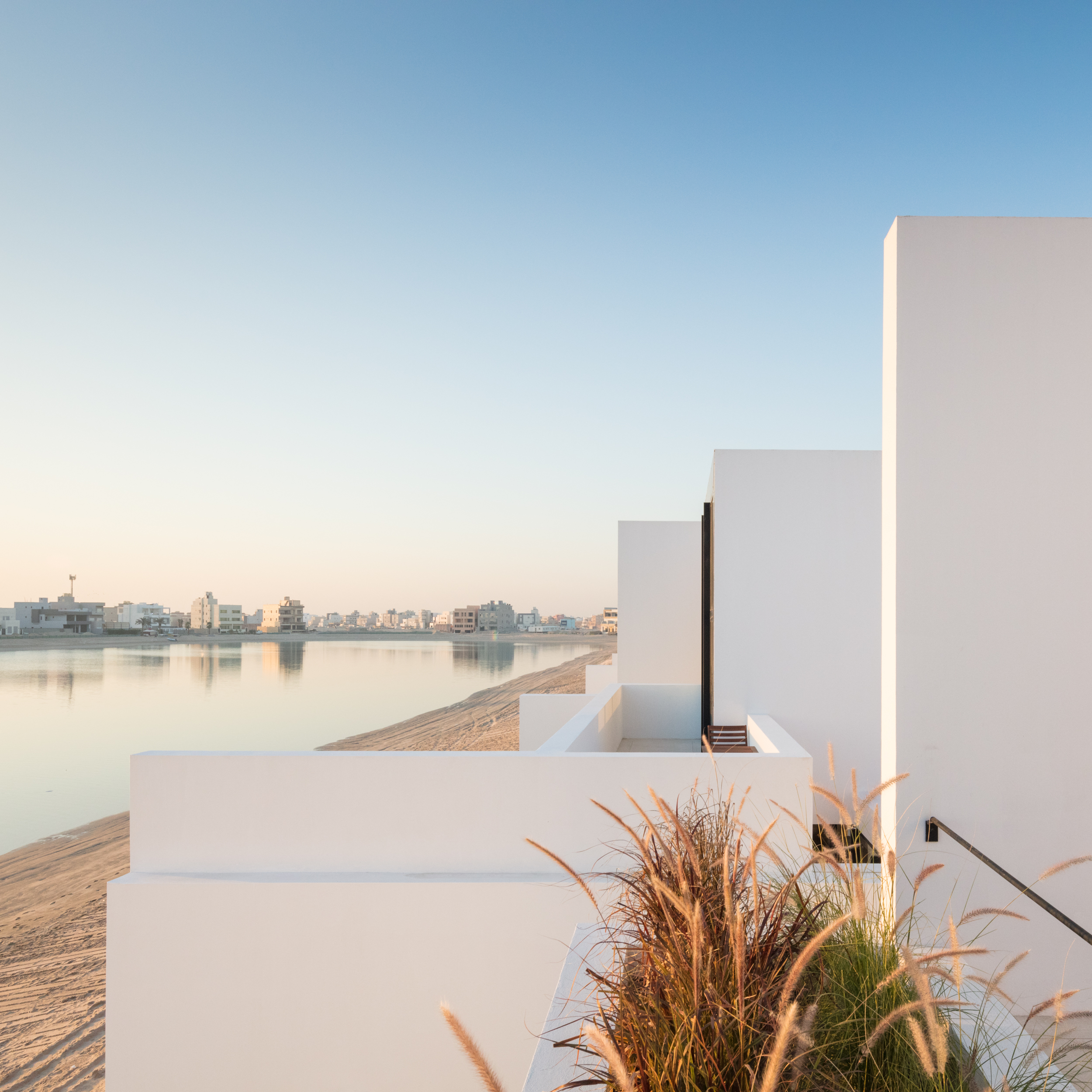 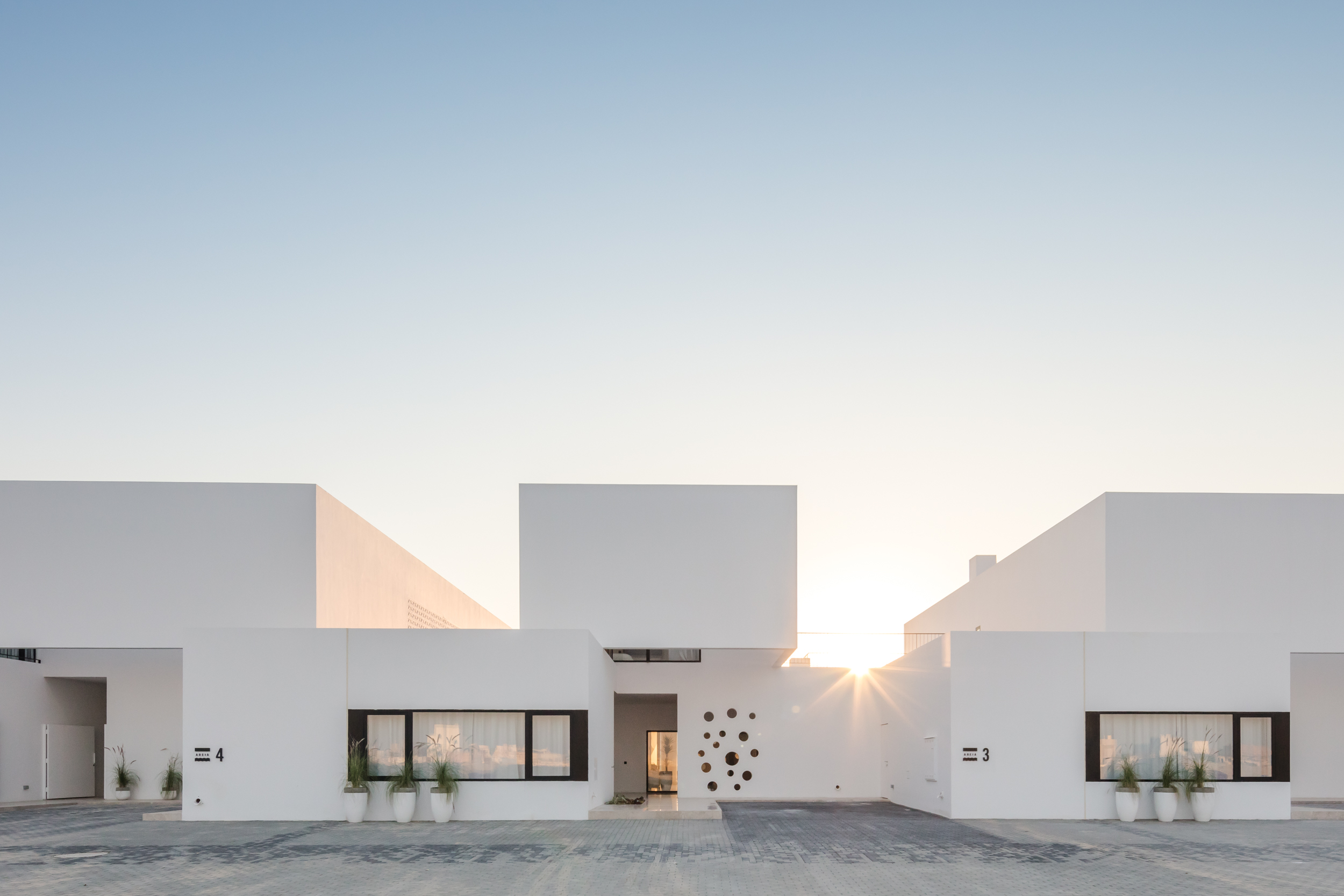 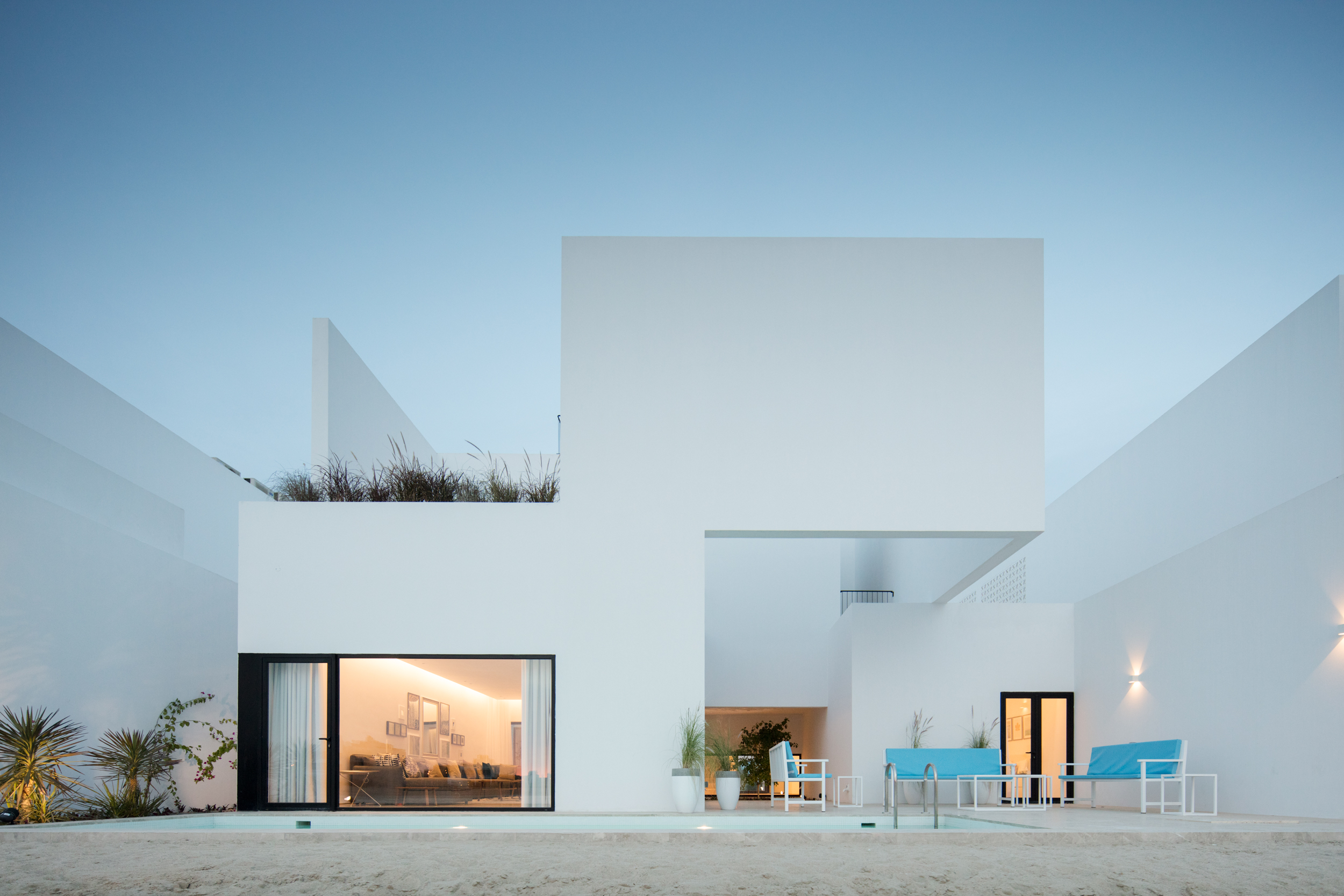 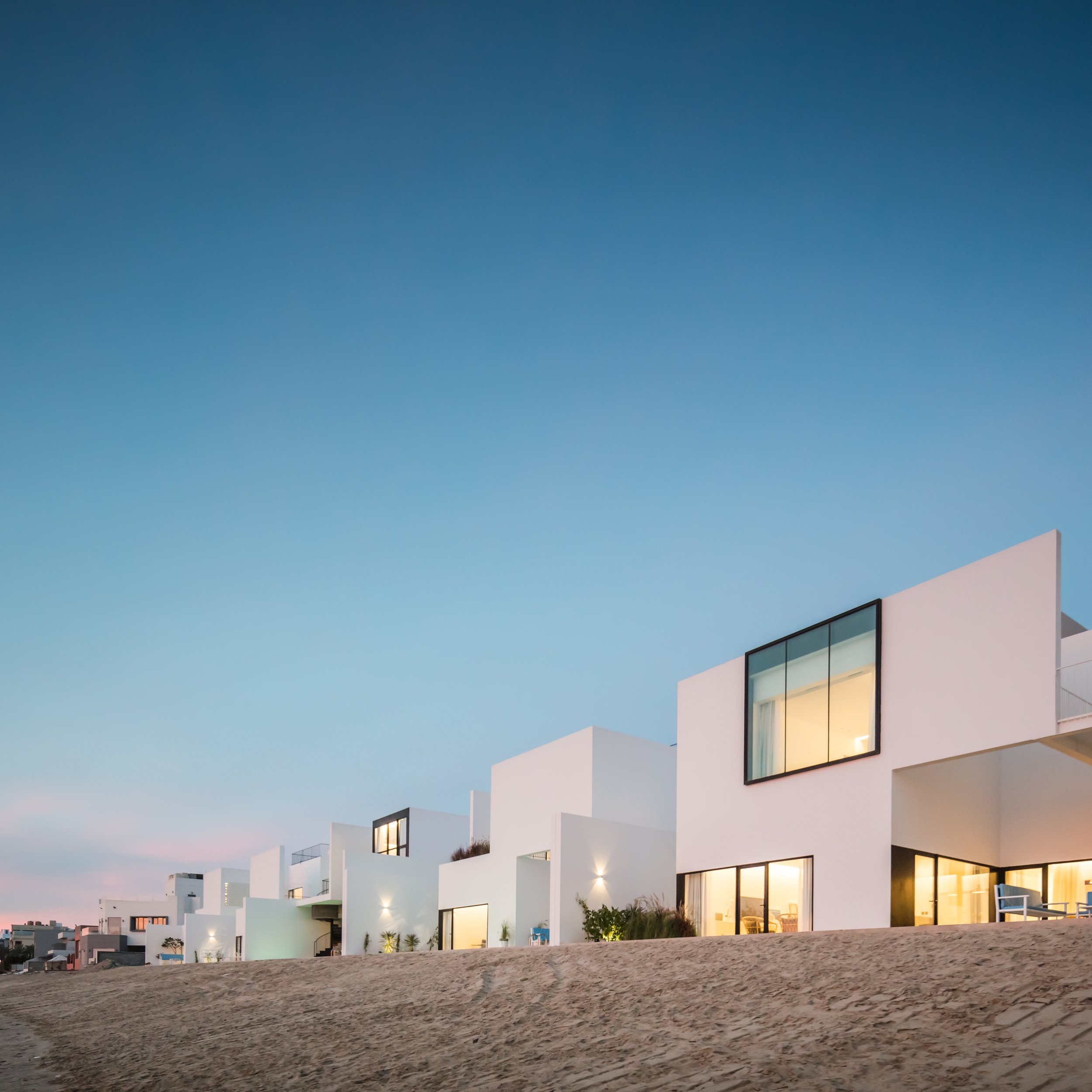 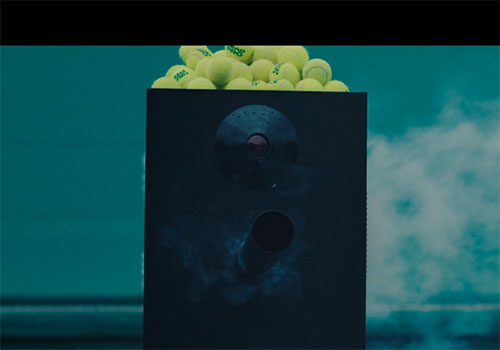 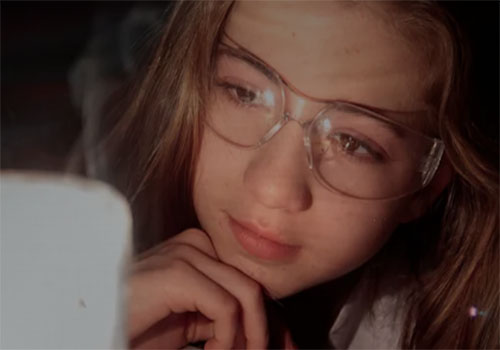 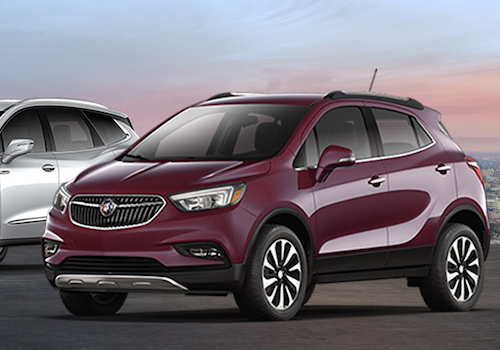 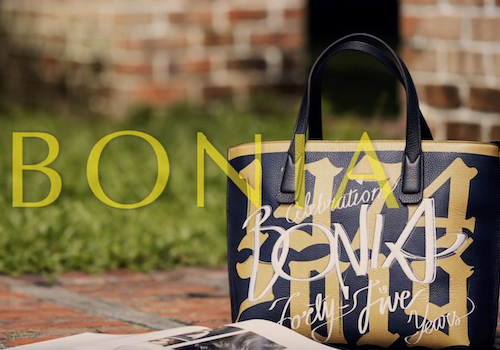