Every year, the Audi identity for the Berlinale manifests itself in the form of a two-story Audi pavilion at the Marlene-Dietrich Platz in front of the Berlinale Palast - the Audi Berlinale Lounge.<br><br> Our task at this year's Berlinale was to give Audi's first all-electric car - the Audi e-tron - a major role on the Red Carpet, without making the impression of a prominent product show. The presentation intended to enhance both the special atmosphere of the Berlinale and the Audi brand image as the main sponsor of the Berlinale.<br><br> Accordingly, DREINULL developed a modern key visual that memorably transports the topic of electromobility in major cities. In addition, the facade of the pavilion was redesigned and covered with two 180 degree LED strips.<br><br> DNM | DREINULLmotion developed a video display of the facade which should bring both the key visual as well as the retooled facade architecture to life. Information on the current program of the events taking place within the Audi Open House were played on it. For all film premieres of the competition entries the display changed.<br><br>The entrance of the Audi e-trons on the red carpet was staged by interactive impulses on the LED facade and banner. The motto was "Electrifying Berlinale". The Audi e-trons were led to their stopping position, at which the stars of the film world made their big appearance.<br><br>At the same time the facade display provided a splendid backdrop for photos, on which the Audi Berlinale Claim was well positioned.<br><br>The content was produced in full CG and with a resolution of 20k + pixels in width. For this we used Octane as a GPU-based renderer. Additional render farms from RNDBOXX have supported us.<br> 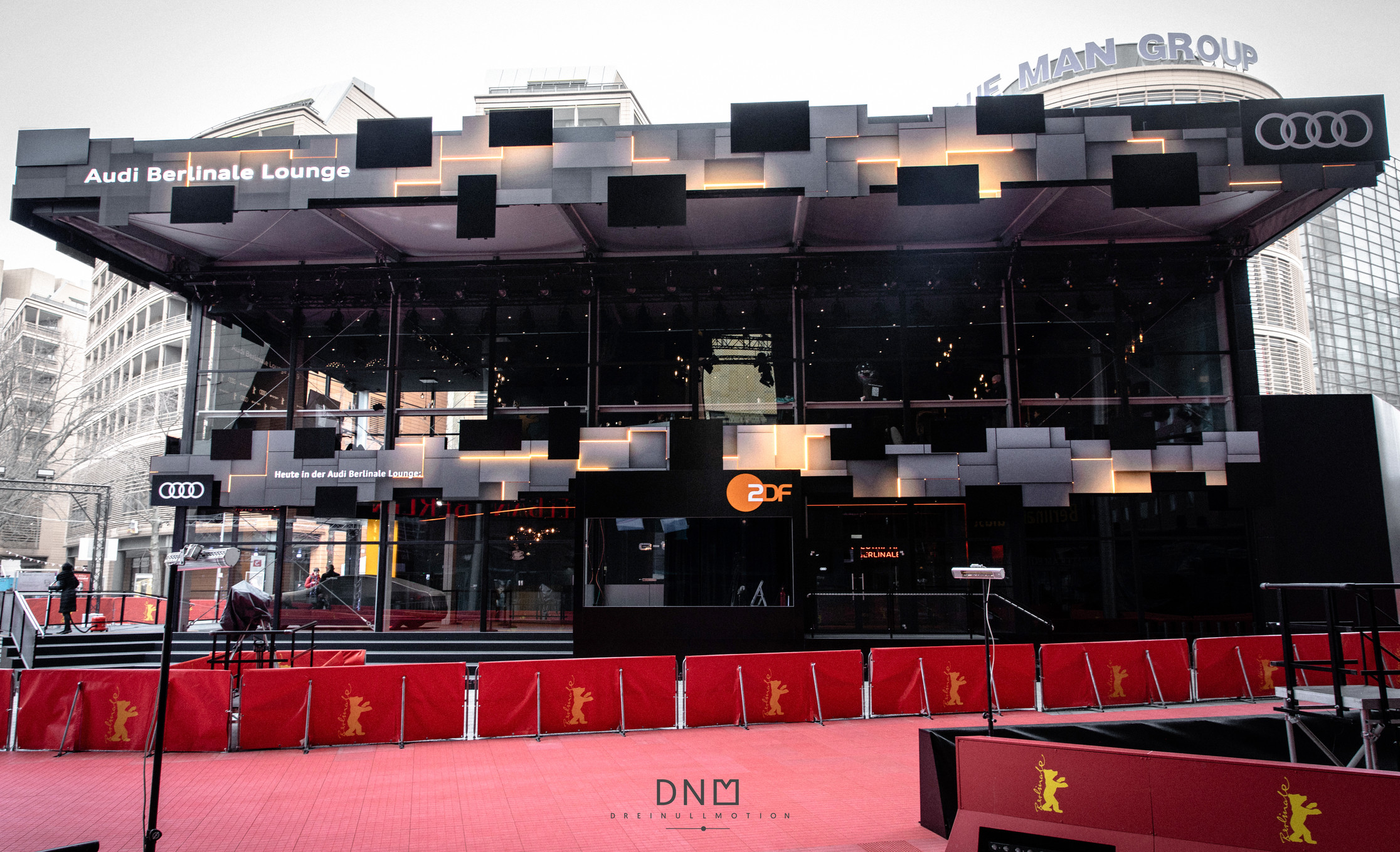 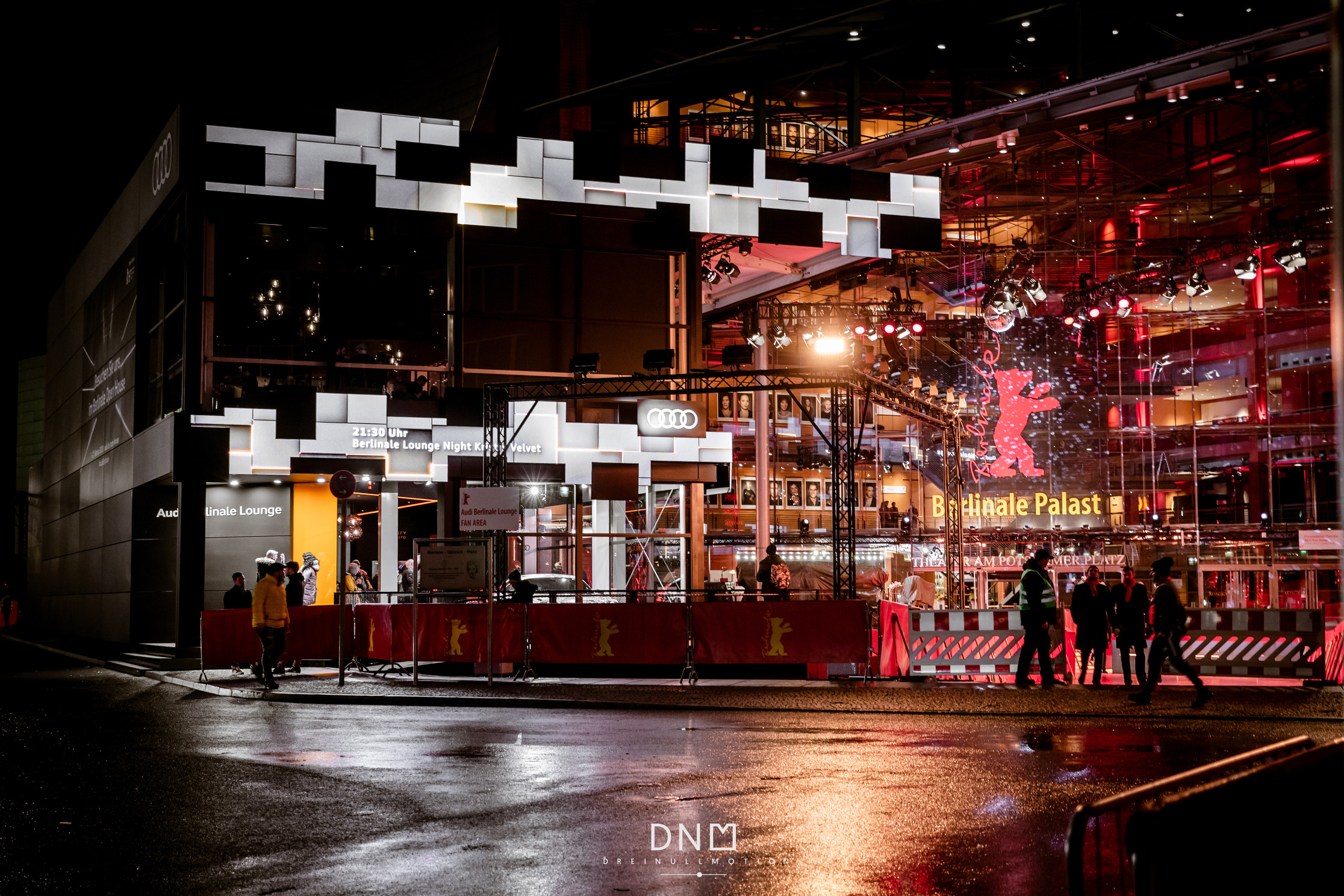 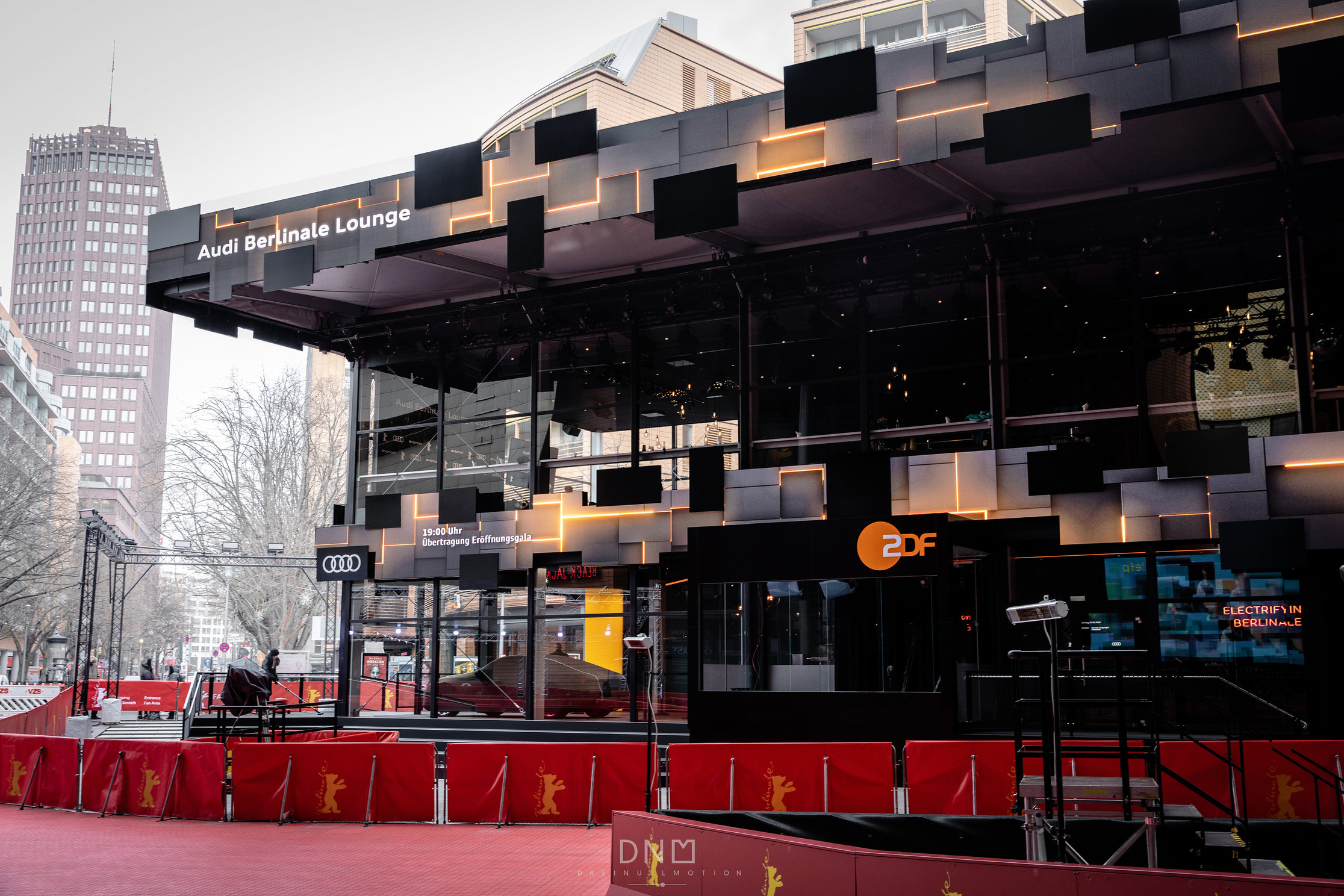 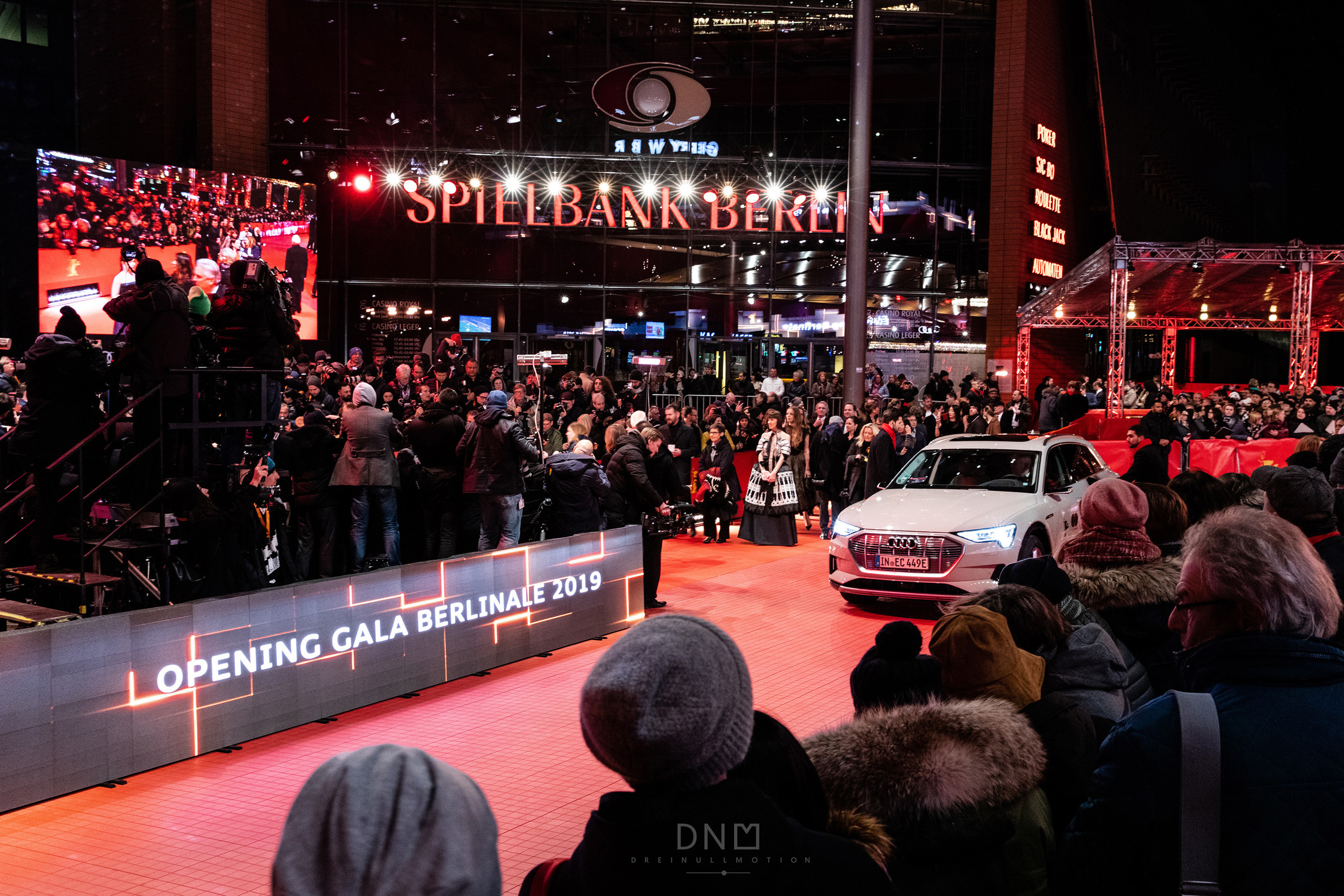 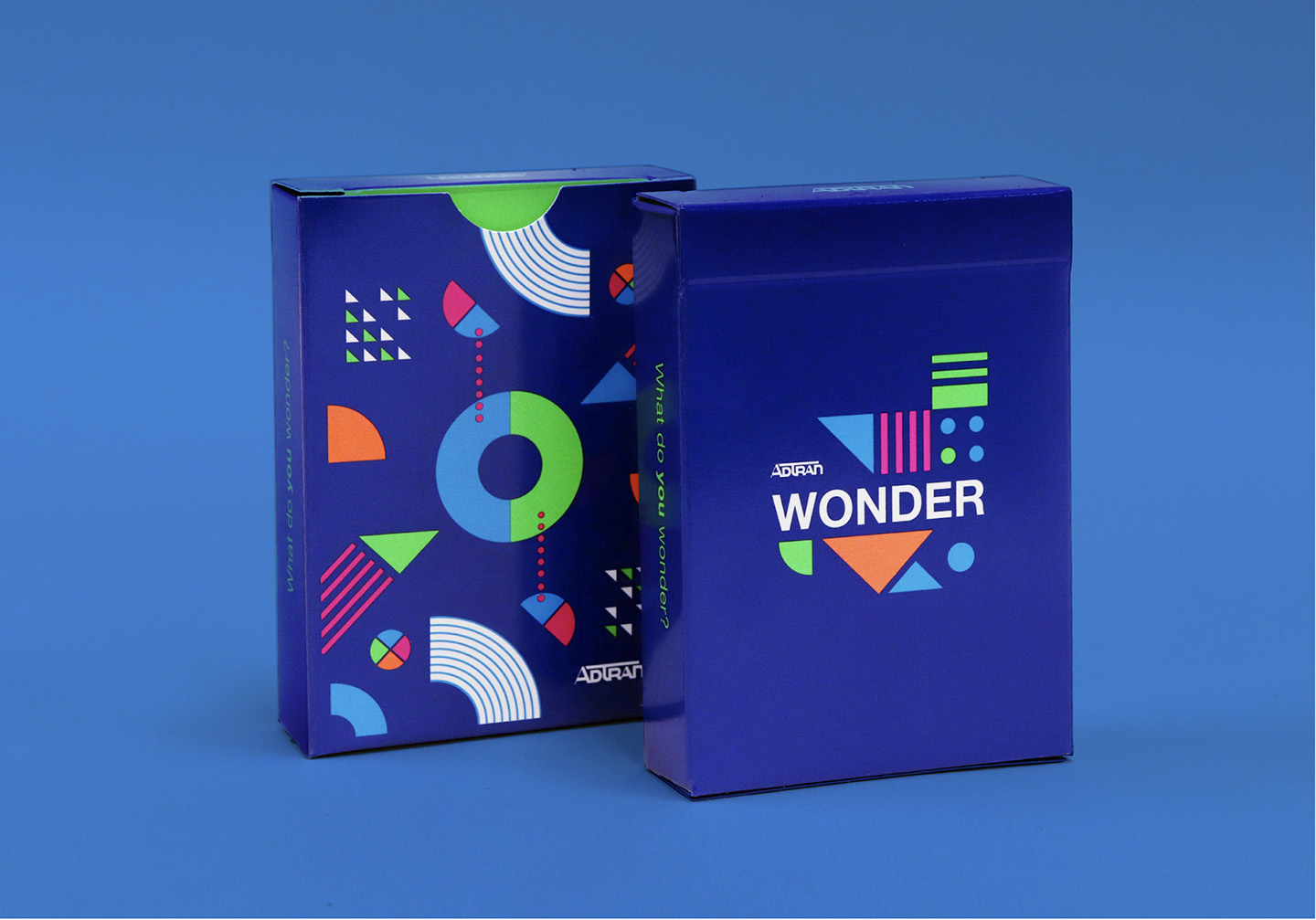 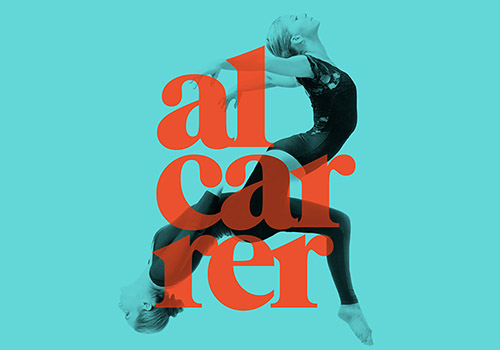 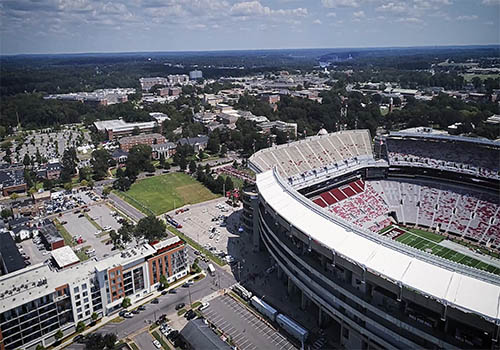 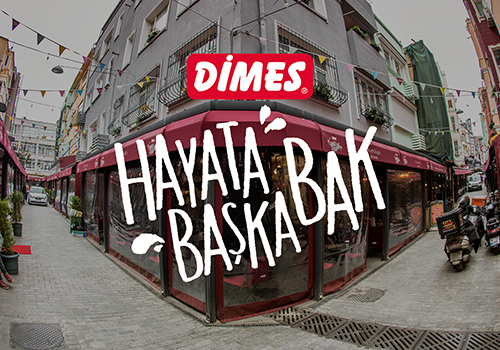