Made exclusively for the Guggenheim Museum Bilbao’s collection, Holition created a standalone mobile application which uses immersive technologies to deliver three distinct augmented reality experiences within the vicinity of the Guggenheim, its surroundings, and anywhere in the world.

LIKE BEAUTY IN FLAMES features texts by Holzer as well as fragments by other authors she admires, including the app’s title, which is borrowed from Polish poet Anna Świrszczyńska’s poem “Beauty Dies.”

Inside the Guggenheim Bilbao, an augmented reality iteration of one of Holzer’s signature LED signs glides through the museum’s central atrium, the column bending and spiralling as Truisms in English, Spanish, Basque, and French scroll past.

All three floors of the Guggenheim provide a different experience, as the LED’s interaction with the building’s architecture shifts depending on one’s vantage point.

Visitors can also see a recreation of Holzer’s nighttime projections, facilitated by their mobile device's GPS and gyroscope features, which direct them to various points outside of the museum. The augmented reality projections appear on the museum’s facade from five locations around the campus in a virtual echo of the artist’s monumental 2019 work, For Bilbao.

LIKE BEAUTY IN FLAMES is a continuation of what Holzer does best: placing thought-provoking texts in the public sphere in a democratic and accessible way - a highly engaging public artwork that demonstrates how the relationship between technology, human experience, and creativity can generate collective impact. 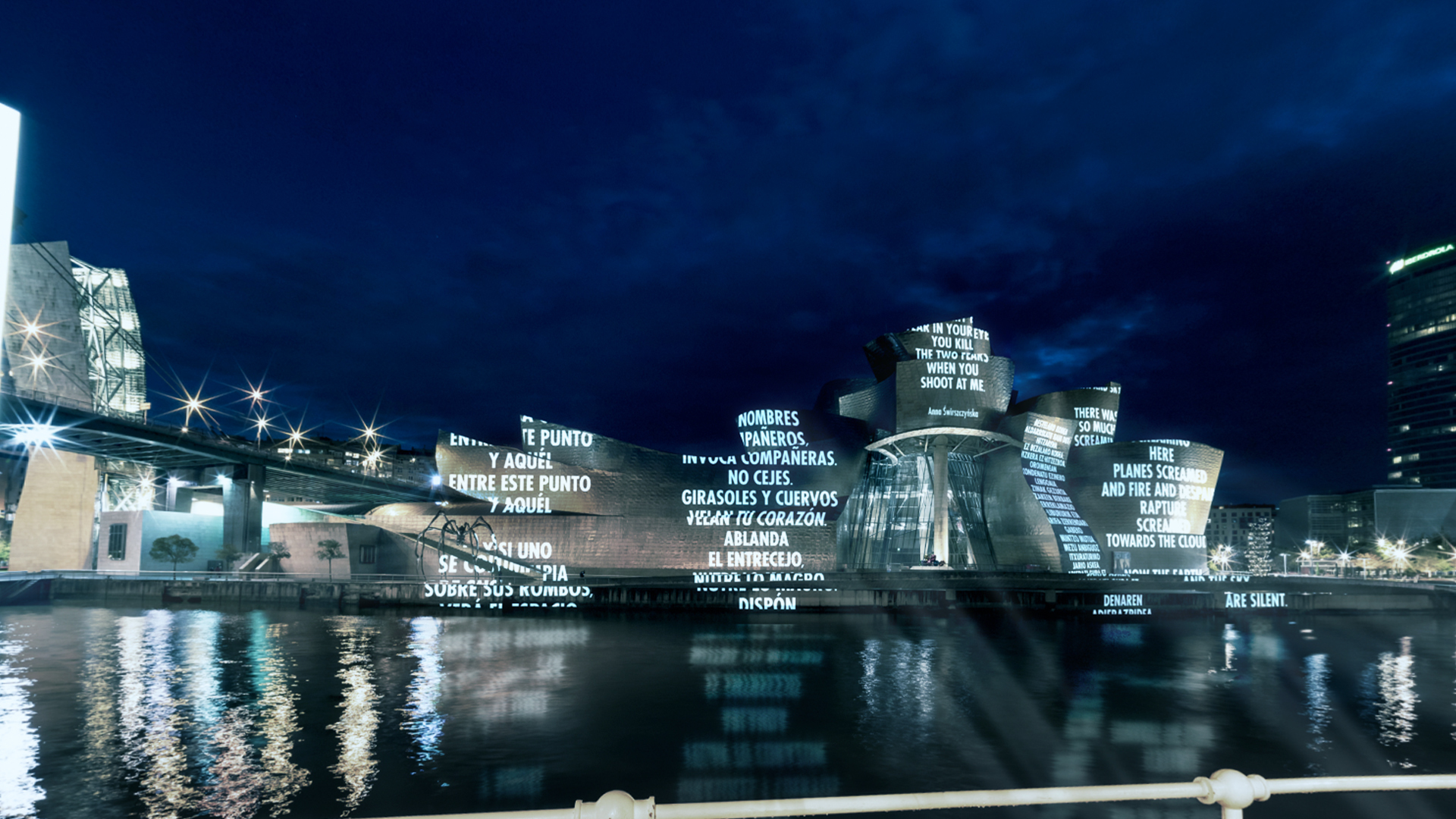 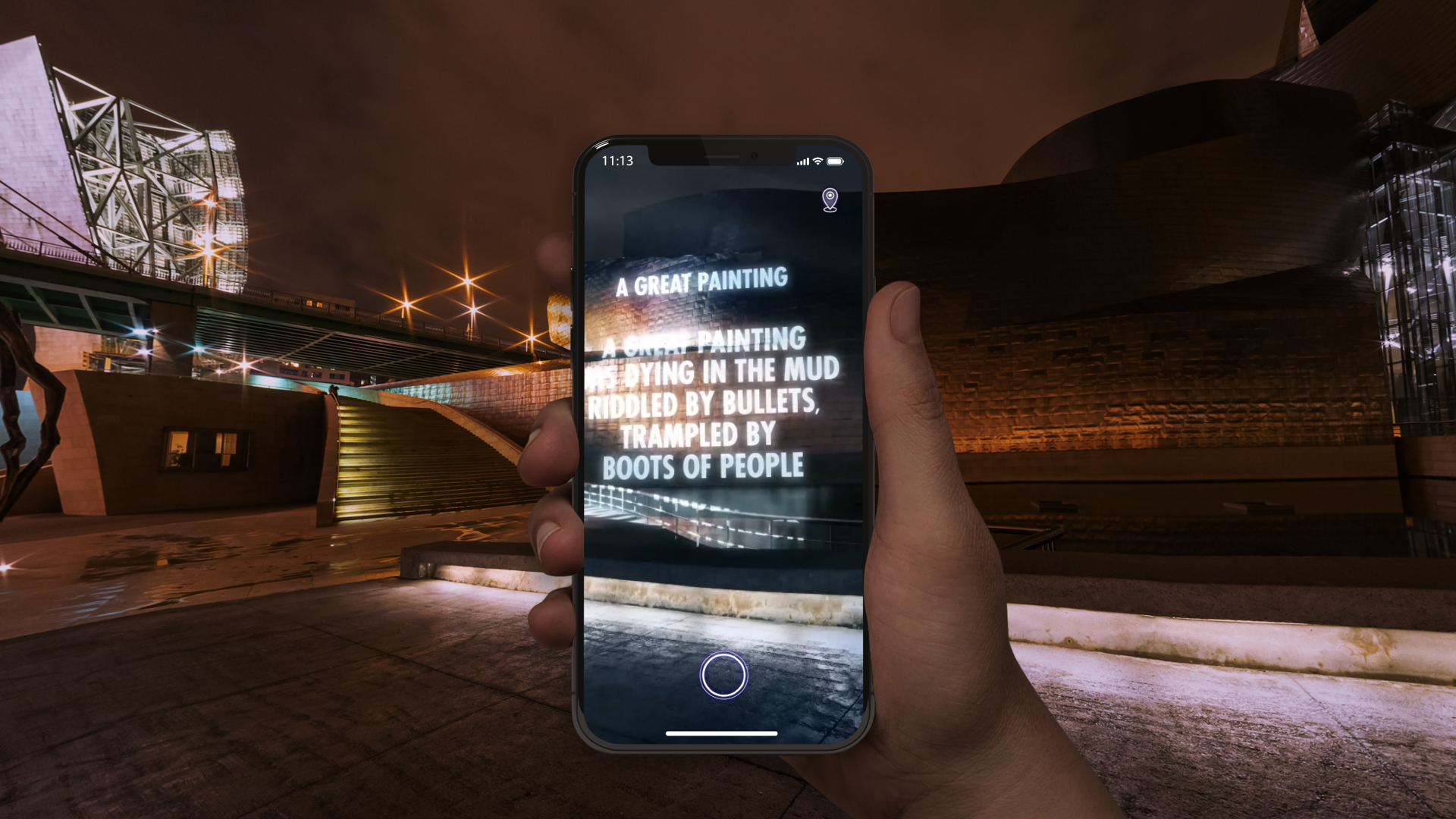 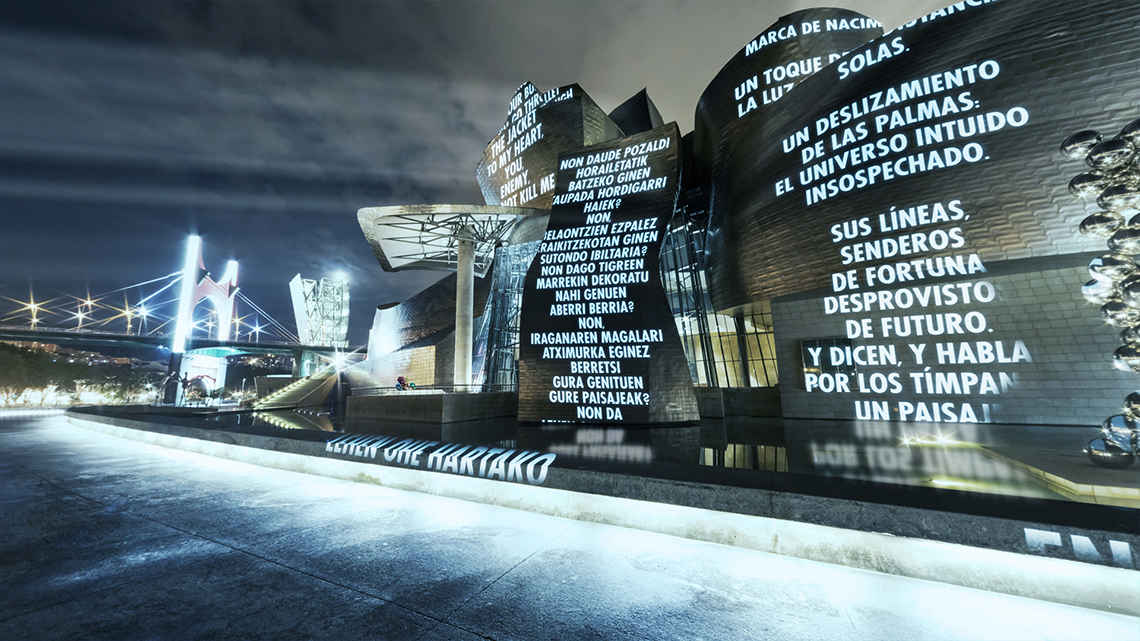 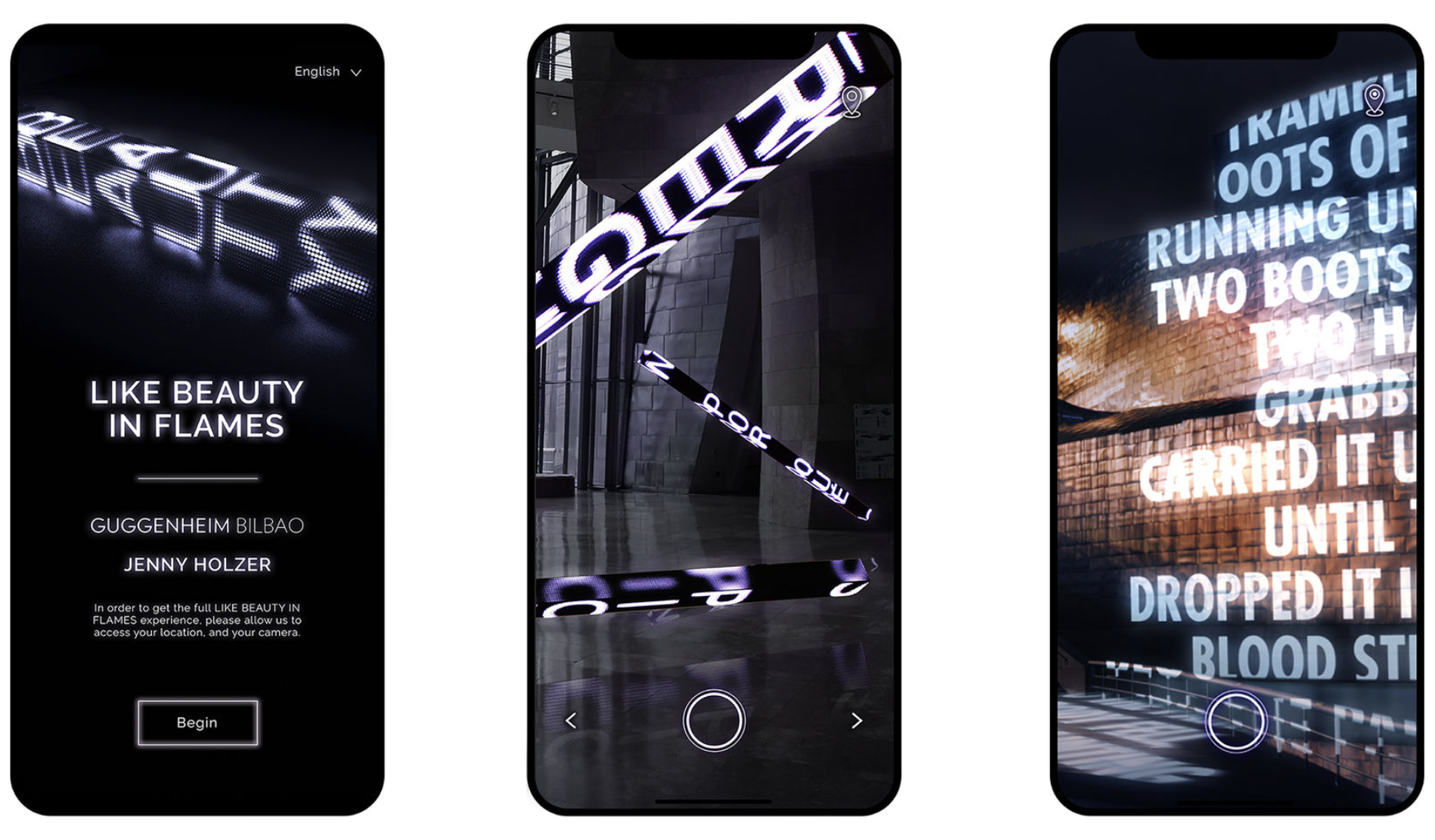 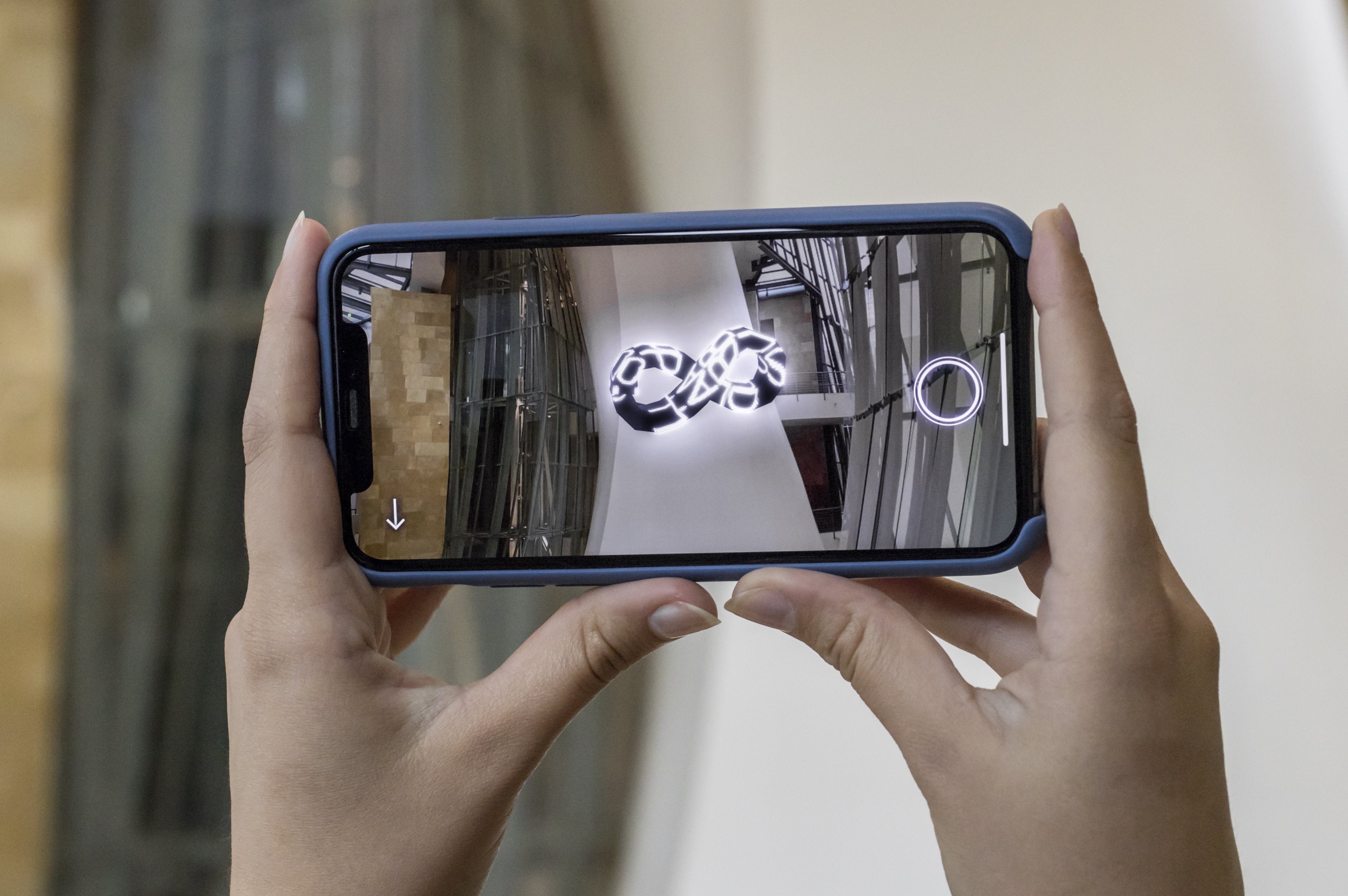 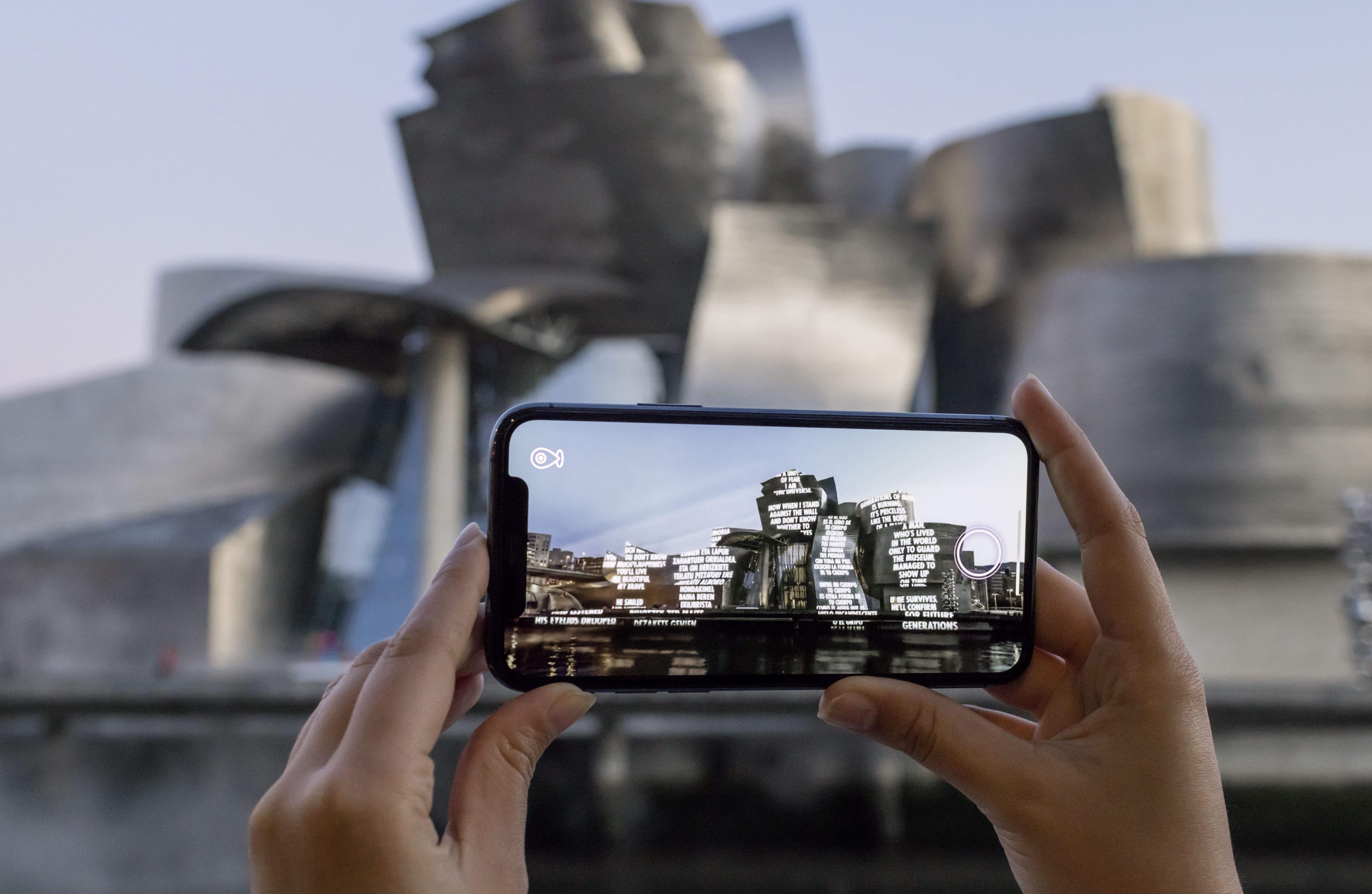 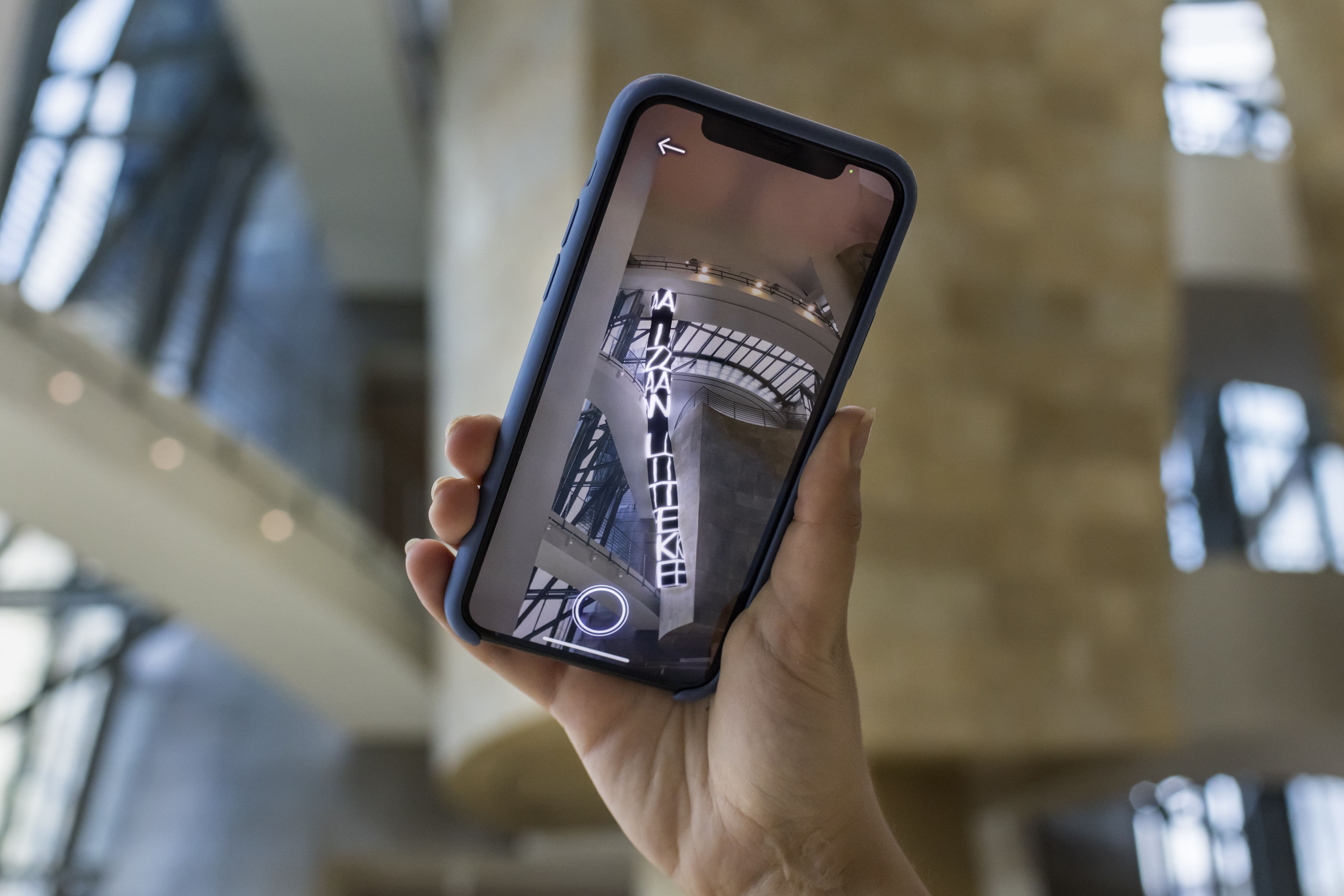 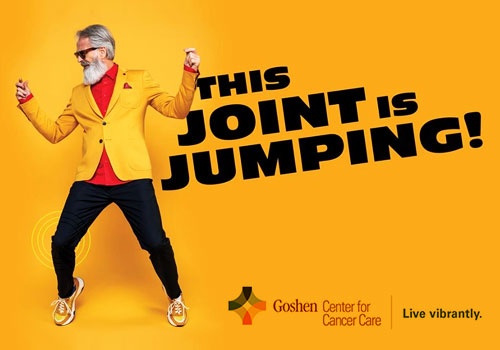 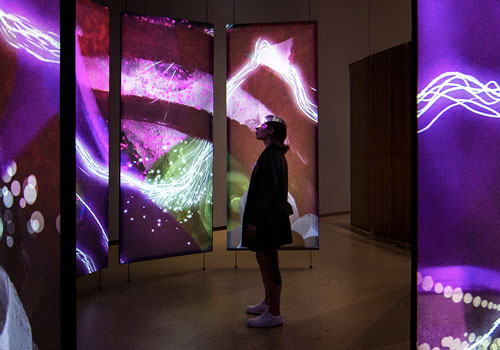 The Barbican Centre
Our Time On Earth: The World Beneath Our Feet 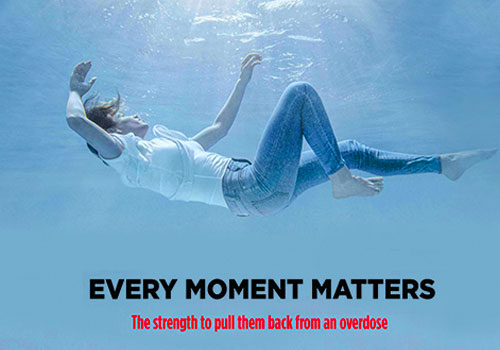 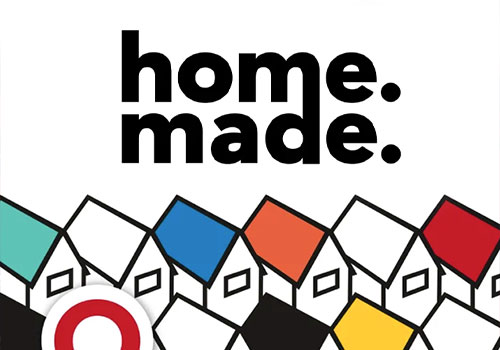